In the last decade, the fields of science, technology, engineering, and math (STEM), along with their related industries and knowledge-based products and services, have become a bedrock of economic growth, job prosperity, everyday interaction, and innovation.

According to the Office of the Chief Economist, “Employment in STEM occupations grew much faster than employment in non-STEM occupations over the last 10 years” — approximately 24 percent versus 4 percent. Additionally, the U.S. Department of Labor reports that on average, the salaries for STEM jobs are nearly double those for all other occupations. And notably, by next year, 92 percent of these important and lucrative STEM positions will require individuals to have at least some postsecondary education and training, according to the Center on Education and the Workforce at Georgetown University.

Meanwhile, the U.S. population is becoming increasingly diverse, with people of color projected to make up the majority of the working class by 2032, according to the Economic Policy Institute. Despite this trend, a striking lack of diversity persists in STEM education and employment. Indeed, a report from Change the Equation found that the STEM workforce was no more diverse in 2015 than it was in 2001, and data from the National Science Foundation (NSF) indicate that white and Asian men hold 84 percent of STEM jobs.

John Tillotson, PhD, a professor and chair of the Department of Science Teaching at Syracuse University (SU), echoes this issue in the higher education context. “Numerous studies suggest that while women and minorities constitute nearly 70 percent of all undergraduate students in the U.S., this ‘underrepresented majority’ is still [lacking] among the 45 percent of undergraduates earning degrees in STEM fields,” he says.

These numbers illustrate a dilemma in part because, as the Center for American Progress reports, “a diverse workplace can capture a greater share of the consumer market, and recruiting from a diverse pool of candidates translates to a more qualified workforce” — a sentiment with which Tillotson agrees.

“All professional fields, STEM included, stand to benefit from the diversity of ideas, perspectives, and approaches that people from different cultural, ethnic, and racial backgrounds bring to the workforce,” he says.

István Urcuyo, PhD, associate professor of Biology at Gettysburg College in Pennsylvania, says that similar benefits exist in scientific research. “A number of … studies indicate that collaborative science teams composed of [diverse] individuals are more successful in attracting funding, accomplishing research goals, and publishing and making their research more digestible for the general public,” he says.

Urcuyo recognizes that the underlying reasons for the lack of diversity in STEM are varied and complex. He points to the current underfunded public education system and the “crushing financial difficulty faced by many underrepresented and first-generation students contemplating higher education.”

“Many of these potential STEM majors deal with economic, social, and family pressures — such as student loan debt, pressure to pursue a more immediate job venue after high school due to financial needs, higher dropout rates, and discrimination,” says Urcuyo. “[These issues often] cause them to doubt their academic science abilities and to sometimes look for other job prospects even if their personal interests and passions are in STEM.”

Tillotson believes other factors may also be to blame for some groups’ low numbers in STEM programs. “[Some] women and underrepresented minority students … cite didactic teaching methods used in large introductory STEM lecture courses as being uninspiring,” he says. Additionally, many underrepresented students report difficulty adjusting to the culture in university STEM departments, where they don’t often interact with professors from diverse backgrounds, explains Tillotson.

Furthermore, in many cases, “underrepresented minority students hail from high-needs secondary schools that may have failed to adequately prepare them for the rigors of undergraduate science and math courses,” he says. “Other students cite a lack of awareness of STEM career opportunities altogether.”

In response to these concerns, Tillotson helped secure an NSF grant for SU to support the Strategic Undergraduate STEM Talent Acceleration Initiative (SUSTAIN). SUSTAIN is a three-year project that takes a coordinated approach to recruiting and supporting underrepresented minority students from low-income backgrounds from across the U.S.

“Our main goal is to offer a coherent ecosystem of academic, social, and career support services strategically designed for high-achieving, low-income STEM students … at SU,” explains Tillotson. Through the program, the university has awarded STEM scholarships to a cohort of 28 incoming freshmen who will each receive $10,000 of financial support annually through the end of their sophomore year.

SUSTAIN also offers participants unique and innovative activities that expose them to STEM employment and help them transition to college while forming relationships with fellow students, community members, and faculty. These include early-immersion research experiences, opportunities to live together in a STEM-focused dorm, job shadowing experiences at companies in STEM industries, and comprehensive mentoring and academic support services — experiences that SU deems critical for student success.

Similar to SUSTAIN, Gettysburg College’s STEM Scholars Program is funded by a sizeable grant from NSF. The mission of the program, which Urcuyo directs, is to recruit and retain underrepresented minority and first-generation students in STEM.

[Above: Gettysburg College students visit the Smithsonian National Museum of Natural History as part of the college’s STEM Scholars Program.]

In addition to providing significant financial support — each student receives a scholarship of $10,000 per year for each of the first two academic years — the “program relies heavily on close faculty-student interactions, both inside and outside of the classroom, and common experiences during the initial fall and spring semesters,” explains Urcuyo. It offers individualized outreach during the recruitment process, support from community-based organizations, STEM pre-orientation workshops, bimonthly luncheons, and other activities, as well as common housing where STEM scholars to reside together.

“Our goal is to retain and graduate at least 80 percent of the STEM scholars,” says Urcuyo. “Our first cohort of 12 students arrived on campus last fall, and 91 percent of these students have [remained] in their intended STEM majors after their first year. The second cohort of 11 students will arrive on campus this fall.”

The NSF grant, Urcuyo says, is instrumental in helping the college recruit and cultivate diverse students prepared to make meaningful contributions to STEM fields. “[As a result of the grant,] the Gettysburg College STEM Scholars Program … will graduate a diverse group of students with a strong science education and the ability to thoughtfully consider the broader connections, implications, and consequences of their work,” he says.

Likewise, Tillotson touts the positive results of leveraging these NSF grants in key areas of need. “We have used these grants [to attract] a pool of highly accomplished, low-income, and underrepresented students — females, African Americans, Hispanics, Native Americans, people with disabilities, first-generation college students, and veterans — who are majoring in biology, chemistry, neuroscience, forensic sciences, and biochemistry,” he says.

Regarding the path forward, Urcuyo believes that higher education — and the nation as a whole — needs to develop a personalized approach to STEM recruitment that acknowledges and addresses the barriers faced by students from underrepresented populations.

“[Colleges and universities] must reach out to first-generation and underrepresented groups — and they must do so in ways that both recognize and understand their personal realities and that address their expectations and needs [via] a tailored approach,” he says. “One of our nation’s goals must be to have a science-trained workforce that is representative of the diversity and cultural richness of the country as a whole.”● 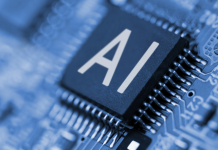 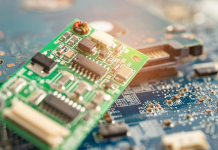