Diversity at Indiana University (IU) Bloomington is more than a priority — it’s a legacy.

Under the leadership of former President Herman B. Wells in the mid-20th century, the university led Big Ten schools, and the nation, in welcoming and celebrating a diverse student body in an era marked by prejudice.

Above: Indiana University Bloomington students on a study abroad trip to China in summer 2015

“We see it as being part of the promise to prepare them for the future — a future not just in their careers, but in their lives,” adds Wimbush.

And to fulfill that promise, the OVPDEMA periodically evaluates its efforts to determine how programs can be improved to better serve students and meet their needs. According to Wimbush, the process is essential to program longevity and to the tradition of diversity and inclusiveness on IU Bloomington’s campus.

One such example is the Groups Scholars program, created in 1968, which aims to boost attendance of low-income, first-generation students and students with disabilities. Originally funded in part by the Higher Education Act of 1965, the program covered tuition for these students’ freshman year on campus. In 2014, Groups Scholars — now fully funded by IU — increased this scholarship to finance four years of tuition and fees.

Like all of the university’s diversity programs, Groups Scholars was established to fill a void on campus, Wimbush says, with the original intention of addressing the low enrollment of first-generation and low-income students and students with disabilities. Now, 50 years since its inception, the program has expanded to accept a wider range of underrepresented populations and is experiencing unprecedented success.

The increase in scholarship funds, which affects nearly 400 incoming freshmen per year, has resulted in a 98 percent retention rate for Groups Scholars participants — the highest to date, according to the OVPDEMA.

One component of the initiative, the STEM Summer Scholars Institute, provides 25 students from participating institutions the opportunity to complete an eight-week research program under the guidance of a faculty member at either IU Bloomington or IU-Purdue University Indianapolis.

In 2015, the U.S. Department of the Navy awarded the university a five-year, $1.6 million grant to support the STEM initiative, expanding its partner alliance from 12 to 20 institutions — moving beyond only HBCUs to include Minority-Serving Institutions; thus, the IU-HBCU Initiative changed to the IU-MSI STEM Initiative.

Jack Schmit, PhD, director of the IU-MSI STEM Initiative and assistant dean of the University Graduate School, says the program is unique among higher education diversity efforts because the student research positions are entirely funded by the IU Office of the President. He says that most campuses fund undergraduate research through grants, but that the administration’s support for 25 internships makes a “critical difference.”

The grant from the Department of the Navy creates resources to enable cross-faculty interaction and research, which, Schmit says, has not occurred “with the kind of support and engagement and consistency we wanted over the years.”

“We want faculty to meet face to face, get to know each other, and begin to collaborate with the technology we have,” he says.

Additionally, the grant supports a digital collaboration site that streamlines data storage and allows faculty to more easily share material and communicate over the Internet. According to Schmit, the platform relieves faculty of the burden of “detail work” so they can better focus on conceptualizing research proposals.

The OVPDEMA also takes steps to revamp programs that are underperforming. For example, the Community and Schools Partnerships program, designed to create an educational pipeline for underrepresented K-12 students, did not produce the matriculation rate to the IU Bloomington campus that faculty and staff had expected. Instead of scrapping it altogether, the OVPDEMA team — recognizing the program’s merits — is working to ensure its future success.

“We’ve gone back to the drawing board to figure out what to do differently,” says Wimbush.

Other initiatives include Overseas Study — a program that awards scholarships to low-income, minority students who seek to study abroad — and a number of on-campus cultural centers that provide resources for students.

“Over the years, we have evolved in so many magnificent ways, and that commitment is still strong,” says Wimbush. “We have all of our units focused on making sure that we remember the importance of diversity on our campus.”● 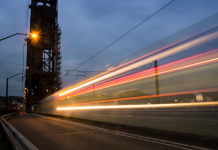