In 1925, Indiana resident Elbert Frank Cox graduated from Cornell University and became the first African American to earn a PhD in mathematics. Nearly a century after his accomplishment, the progress for Black doctorate holders in mathematics has barely changed, with African Americans representing less than 1 percent of overall graduates in 2017, according to the National Science Foundation (NSF).

Edray Goins, PhD, who earned his mathematics doctorate in 1999 at Stanford University, opened up recently in a candid interview with The New York Times about the social isolation and racial microaggressions he has experienced as one of the few African American mathematicians.

Goins, 46, left his post as a professor at Purdue University to become a professor at the smaller, liberal arts-focused Pomona College in Southern California. In his interview, Goins said one colleague told him he was throwing his career away with the move.

INSIGHT Into Diversity caught up with Goins to talk about his career choice and the current climate of diversity in the mathematics field.

What are the origins of your interest in math? Was this a natural choice for you or is it something you learned to like?

All throughout high school I was very focused, and the California Institute of Technology (CalTech) was really where I wanted to go to college. My godparents used to drive me by the campus on the weekends, particularly on Sundays after church, to at least let me see the campus and see what it was all about.

I went to CalTech as an undergraduate from 1990 to 1994, really to learn how to be a great scientist. I started as a physics major originally. Then toward the end of my freshman year, I decided to double major in both mathematics and physics. After that, in 1994, I went to Stanford University. … In the first several weeks of being a college student, I knew that I really liked math and it was something I was going to stay with.

The college mindset was something that I knew from much earlier, I’d say elementary school, and it was certainly a given in my family that I would go to college. It was more of a question from when I was about 6 years old of whether I would get a PhD. By about age 10, I pretty much knew I was going to get a PhD.

Do you feel included in your department at Pomona College?

I personally feel very fortunate that I’m part of a department that is really willing to have the very difficult conversations on how to be inclusive. So, when we have our social gatherings and departmental meetings, we very actively discuss [the following questions]: Are we saying little words in the classroom that perhaps turn people off to the subject? Are we being very careful to have resources that are readily available to everyone, such as laptops students rent directly from the math department? Are we making sure that we’re not assigning textbooks that cost a lot of money that we know the students aren’t going to use? We’re very active about discussing how we can be inclusive, and I think that’s one of the first things that can happen as a department — to discuss [inclusion] from the bottom up.

But then there’s the flip side, which is the top-down administration. It could be from the president to the dean. Are they making sure their departments are being held to the task of being inclusive? From the top down, we have to make sure that the hiring is inclusive, and that women and minorities are being chosen as faculty members.

And do math departments actually have the money to hire? There are a lot of departments that haven’t hired in 20 to 30 years, and they still have older individuals who are not used to the modern times and use very old ways of teaching mathematics.

How can math departments build inclusiveness?

A lot of math departments are caught up in the stereotype that math is independent of race, creed, color, or gender, … that [math] is the queen of all sciences because it is completely independent of the background of the person who does it.

That of course is not true. … For example, the Greeks were very well known for doing mathematics. We have people such as Euclid or Pythagoras. After you go from the Greeks to the very next generation you have the Romans, and the Romans did no mathematics whatsoever. It was a completely different culture that did not even care about mathematics. … Then of course you have India and the Middle East.

What’s the difference between working somewhere where you feel included versus somewhere you don’t?

It’s like being in a very stagnant, dull relationship versus being in one that’s vibrant but can also be a little bit disorienting. If you’re in a department that doesn’t want to have these conversations, then you start to realize that the department is going to die out because students will not want to be math majors. They’re not going to want to take even the math classes. They’re going to go over to the other areas, to physics, chemistry, biology. And you slowly realize that the math department is almost being considered a joke at the university.

Whereas if you’re in a department where [discussions about inclusion] are active questions that people really want to know, it can be a little bit frustrating at times because you want to pat yourself on the back and say the students are doing a great job, the students are very happy, that we have lots of math majors.

But then you eventually have to realize the reason why you’re doing a great job is because you are having these hard conversations. So, it can be very disorienting that every six months or so you have to rethink, ‘Are you doing the right thing?’ Maybe you need to change your teaching style. Maybe you need to try something different. But I think ultimately, it’s more rewarding to know that you’re changing with the times and you have a department where the students want to be there because they do feel very much included.

As the president of the National Association of Mathematicians, a group of Black mathematicians, tell us about what issues you’re working to address in that role.

This organization really focuses on two big groups: one is Black undergraduates, regardless of what school they’re at, to help inspire them to major in mathematics. … The second group that we focus on very specifically is faculty at historically Black colleges and universities (HBCUs).

Staff at HBCUs oftentimes feel overworked and underappreciated. They have a very high teaching load, and they don’t necessarily have access to the same resources that other larger, more prominent four-year colleges have. But of course, they do a lot of the heavy lifting when it comes to getting undergraduates involved in STEM.

There have been studies by the National Science Foundation for the last 10 years or so that have asked a very basic question: Of the Black students getting their PhD in the STEM fields, where did they do their undergraduate education?

Something like 40 percent of the students get their undergraduate education at an HBCU. … Again, it’s the whole idea that HBCUs are doing the bulk of the heavy lifting when it comes to getting Black students in the STEM field. … If you really want to look at how Black students are getting in the pipeline to get their PhD to become college professors, then you must work with HBCUs.

Tell us about the mentoring and summer programs at Pomona College.

For most of my career, … I wanted to be involved with undergraduates to convince them to go into STEM fields.

[At Pomona,] I’m using my grant from the National Science Foundation to work with students in the summer. We’ve expanded to the largest enrollment they’ve ever had. We have 12 undergraduates and a staff of four individuals, and we have students from all over the country. This is the first time this has happened at Pomona. My hope is that I can expand this program even more, make it three times as large, to have around 50 individuals so we can continue to work to get students involved and … interested in doing research in math.”

Mariah Stewart is a staff writer for INSIGHT Into Diversity. This article ran in the September 2019 issue. 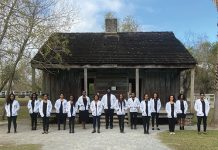