The Institute of International Education (IIE) announced a $1 million endowment in honor of former Attorney General of Delaware Beau Biden, who died in May 2015. With the gift — made possible through an anonymous donation — IIE will be able to rescue one scholar in danger each year perpetually.

Mark Angelson, chairman of IIE’s Scholar Rescue Fund, made the announcement at a ceremony in Wilmington, Del., on Friday. Angelson, along with IIE President Allan E. Goodman and IIE board member and Delaware Sen. Ted Kaufman, presented Biden’s widow, Hallie Biden, with a specially crafted chair to commemorate the event.

“The IIE Scholar Rescue Fund Beau Biden Chair is a fitting tribute to a man who spent his life in pursuit of justice,” Angelson said. “Throughout his too-short career, Beau Biden demonstrated an unwavering commitment to safeguarding the most vulnerable among us — whether young victims of violent crimes or displaced families in war-torn parts the world. Mr. Biden worked tirelessly to protect those most in need of protection.”

Biden — the son of U.S. Vice President Joe Biden — graduated from the University of Pennsylvania, after which he received his law degree at Syracuse University College of Law. He began his career working as the prosecutor in the U.S. Attorney’s office in Philadelphia. In 2003, he joined the Delaware National Guard, eventually rising to the rank of major, and served a tour of duty in Iraq, for which he was awarded a Bronze Star.

Following his service, he was elected attorney general for the State of Delaware in 2006 and was re-elected in 2010. While in office, he created the child predator unit and oversaw the prosecution of Dr. Earl Bradley, a pediatrician convicted of assaulting more than 100 children.

“Beau was a man who believed that our conduct must be driven by our conscience, our moral codes and our individual and collective values,” said Sen. Kaufman, a longtime friend and mentor to Biden. “He used his voice to speak for those who couldn’t speak for themselves, and he used his power to protect the most powerless. This endowment will continue that legacy of service and sacrifice.”

The Beau Biden Chair at the IIE Scholar Rescue Fund will provide fellowships to preserve the lives and knowledge base of scholars who are in danger. It will allow them to continue their academic careers by teaching and engaging in research at safe-haven universities in their home countries, so that they can continue to educate future generations and help rebuild their home countries after times of conflict. 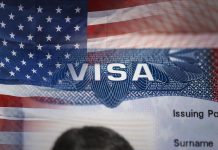