Over 300 members of the Boise State University (BSU) community gathered in the school’s student union building on Tuesday to hear state lawmakers debate the merits of the university’s diversity, equity, and inclusion programs.

The debate, which was co-hosted by BSU’s College Republicans and Young Democrats, was the result of several months of public scrutiny by Republican lawmakers regarding the university’s diversity efforts. Such programming includes separate graduation ceremonies for underrepresented students and the hiring of additional DEI staff, according to Boise State Public Radio and Idaho Ed News.

In July, 28 state lawmakers led by Rep. Barbara Ehardt (R-Idaho Falls) sent a letter to newly instated BSU president Marlene Tromp arguing that allocating money toward DEI programming goes against the ‘Idaho way’ and could instead be used to lower tuition costs. Since then, several of the letter’s signatories have threatened to pull funding from BSU.

During Tuesday’s debate, however, both Ehardt and Rep. Bryan Zollinger (R-Idaho Falls) said they would not vote to cut any funding and claimed they were unaware that other lawmakers were putting forth that suggestion. Instead, they took issue with the way BSU is implementing DEI efforts, suggesting that such programming is “dividing” and “segregating,” according to Boise State Public Radio.

Most of BSU’s diversity programs are funded by grants and corporate sponsorships, according to The Idaho Press.

Rep. Mat Erpelding (D-Boise) and Sen. Cherie Buckner-Webb (D-Boise) took issue with Ehardt’s use of the term “segregation.” Erpelding, who teaches at BSU, said the word specifically refers to historical and institutional structures designed to oppress members of underrepresented groups and does not apply to DEI programs. He and Buckner-Webb both argued that programs for underrepresented individuals foster a sense of inclusion on a campus where 75 percent of the student body is White. In addition, they argued that diversity and inclusion in higher education benefits the state’s economy.

Erhardt and Zollinger also expressed concern that supporters of President Donald Trump had been bullied on campus for wearing “Make America Great Again” hats. They accused the university of discouraging conservative viewpoints and using taxpayer dollars to support a “social justice agenda,” according to Idaho Ed News.

Reporters said the evening was mostly cordial, though students did display some “displeasure” with Ehardt. The representative told The Idaho Statesman that she considered the event a success, since a variety of individuals with different political beliefs showed up and listened to one another. 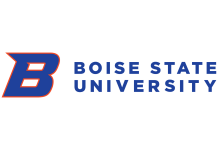