A new study by researchers at the University of California, Berkeley (UC Berkeley) shows a positive correlation between education and health for African American women, specifically when it comes to the chronic stress-related symptoms caused by racial discrimination.

Published this month in the journal Psychoneuroendocrinology,the study found that African American women with low educational attainment — a high school diploma or less — who experience frequent racial discrimination demonstrate what is called a high allostatic load. This is the accumulation of the negative physiological effects caused by chronic stress, such as high blood pressure and blood sugar.

Results were categorized by both income and education level. While low-income study participants were more likely to have high allostatic loads, educational achievement was the strongest indicator of whether or not a personexhibited the physical symptoms of chronic stress associated with experiencing regular discrimination.

This study is the first of its kind to directly measure allostatic load in relation to personal experiences of racial discrimination, UC Berkeley researchers say. In light of their findings, they suggest that highly educated black women may be less likely to internalize their experiences of discrimination because they see racism as a systemic problem. They may also be more likely to identify and report discrimination when it occurs. While the authors of the study emphasize the impact of higher education on health outcomes, they also stress that education is not a solution to the damaging health effects of racism. 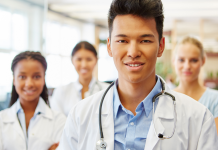