As the landscape of higher education continues to change and colleges and universities face more challenges on their path toward providing an affordable, quality education, boards of trustees are being held to higher standards in addressing the needs of their respective institutions.

In the past, boards have largely operated behind closed doors, but issues such as the rising cost of tuition (up 16 percent from 2010 and 107 percent since 1989), hiring practices, and salary spikes have led to increased scrutiny. Critical questions are now being raised regarding the background and expertise of these public education stewards.

“I think, as we’ve seen since the economic downturn — as many families have found students coming home with debt, without a degree, having had to drop out because of cost or other reasons — that the public has rightly raised concerns about the accountability of these institutions and whether they are providing students value,” says Anne Neal, president of the American Council of Trustees and Alumni (ACTA), an independent nonprofit organization focused on accountability at U.S. colleges and universities.

No longer viewed as only the cheerleaders for their schools, board members are expected to enact meaningful policies that serve the best interests of students, faculty, and staff, as well as ensure the long-term growth and sustainability of their institution. But many criticize the process by which public boards are selected — in most states, board members at public colleges and universities are appointed by governors, with confirmation by legislators — claiming that it often leads to a lack of diversity and the expertise needed to effectively manage an institution of higher education.

“Boards are being called upon to be more engaged in issues that matter, and it is my hope — although I don’t see it everywhere — that

governors and others who affect their selection are looking for people who bring a level of merit, achievement, awareness, and interest in governance … and are not just politically appointed because they have some special relationship with the governor,” says Richard Legon, president of the Association of Governing Boards (AGB) of Universities and Colleges, an organization focused on helping higher education leaders navigate the changing education landscape. “We need to be sure that people with a breadth of expertise and a broadened pool of diversity be recognized in appointments to these boards.”

Despite our nation’s changing demographics, boards continue to be largely made up of older, white men. In fact, men outnumber women on boards more than two to one at 71.6 percent, with the majority of board members between the ages of 50 and 69, according to a 2010 survey of 195 public colleges and universities conducted by the AGB. The survey also indicated that only 23.1 percent of board members were from either racial or ethnic minorities, or both.

Vice President for AGB Consulting Merrill Schwartz, who developed the survey and co-wrote the report, is currently collecting data for the 2015 survey, to be released this fall. The report provides board members, administrators, faculty, staff, and students with a means for comparing the demographics of their board with those of other institutions.

Composed of nearly 1,300 members, including both public and private colleges and universities nationwide, the AGB researches and offers recommendations to governors, as well as to board members on their roles and responsibilities. The organization values diversity and believes it leads to better institutional leadership.

“Board diversity is very important, and [I] define diversity more broadly than just race and ethnicity; it’s gender, geography, professional background, viewpoints — to enrich the discussion of the boards, to avoid groupthink, to be connected to the community you serve, and to be aware of the needs broadly of the people of your state,” Schwartz says. “I think that boards need diversity … in order to govern well.”

Most people agree that diversity is an essential element to any well-functioning board. However, ensuring a balance of differing viewpoints, ideas, backgrounds, experiences, and expertise — while also achieving diversity of race/ethnicity and gender — can be difficult.

“[At ACTA], we certainly believe that governors should be looking at the expertise of individuals and what they can bring to bear in terms of the institution and its particular needs,” Neal says. “Is there a need for financial expertise? Is there a need for academic expertise? So these kinds of needs [should be] part of the determination, and I would envision that, as these determinations are made, that would also likely bring diversity of all kinds to boards.”

In Missouri, Governor Jay Nixon is the appointing authority for 13 four-year institutions, as well as a handful of two-year colleges. Nixon was not available for comment, but his press secretary Scott Holste says that the governor looks for qualities such as demonstrated leadership and initiative and a strong commitment to the value of public education — and that diversity plays a role.

“Missouri is a diverse state, and that is one of our strengths,” Holste said in an email. “That diversity also is reflected in the student population, whether at a college or university in a large city or small town. In considering appointments for the boards of those institutions, diversity is an important consideration that goes hand in hand with proven leadership.”

Yet, according to the website for the University of Missouri System — which includes four public universities, in Columbia, Kansas City, Rolla, and St. Louis — the board of curators is composed of five white men, two women, and one African American man. And the current board of regents at Southeast Missouri State University is made up of six white men and one African American woman, according to the institution’s website.

Vetting Candidates
In a handful of states, governors receive help in their search for qualified candidates for boards. In Hawaii, Minnesota, Massachusetts, North Dakota, and Virginia, an external commission assists governors by finding and vetting potential appointees.

In the Commonwealth of Virginia, the public can nominate candidates and people can apply online for vacant positions on boards of public colleges and universities. The State Commission on Higher Education Board Appointments (CHEBA), headed by Secretary of the Commonwealth Levar Stoney, reviews applications and then makes recommendations to the governor.

In addition to taking diversity of background, expertise, race and ethnicity, and gender into consideration, Stoney says CHEBA looks at the makeup of individual schools’ student populations and their needs. “For instance, there’s a burgeoning population of Latinos at George Mason University, so we’ve been striving hard to find a person who would fit that niche,” he says.

CHEBA takes a need-based approach to determining qualified candidates in that it looks at boards as a whole and attempts to “fill holes,” Stoney says. It does this by examining boards and welcoming input from university presidents and current board directors.

“We look at each board separately, where they are in terms of diversity — men [versus] women and ethnic diversity. We also know they need certain skills, whether they need financial aptitude or more attorneys, a legal background,” he says. “We [then] try and seek those qualities out to add to the board.”

While the importance of addressing the specific needs of a university via carefully selected appointments is largely unchallenged, some believe external committees like CHEBA take too much responsibility off of governors.

“Direct accountability is made possible when governors are the appointing authority,” says Neal. “These separate bodies simply create another layer away from direct accountability for these appointments. … They are not necessarily accountable to anyone, whereas the governor is elected by the people of the state and has the responsibility to put forth a coherent educational vision, to appoint those trustees, and can be held directly accountable if those trustees do not do a good job.”

Stoney says that although CHEBA assists with the vetting process and makes recommendations to Virginia Governor Terry McAuliffe, the decision of whom to appoint ultimately rests with the governor. And McAuliffe has done well by President of Virginia Polytechnic Institute and State University Timothy Sands, who says he has been impressed with the appointments made during his short time at the university.

“I have to conclude, based on the appointments that have been made in the last two years, that [CHEBA and the governor] have taken into account all sorts of diversity — not just race and ethnicity, but the orientation of the individual in terms of their experience. Are they a business person? Do they have an interest in the student experience? Are they passionate about diversity and inclusion? Are they familiar with athletics? They know having diverse perspectives on a team is essential for coming up with good decisions — strong decisions that will stand up with time.”

Giving Back
Farther north, in Michigan, a mix of processes is used to appoint board members to the state’s 13 public colleges and universities. The majority of boards at these institutions are appointed by the governor, while three — at the University of Michigan, Michigan State University, and Wayne State University — are elected by Michigan voters.

Former Michigan governor John Engler believes this method of selecting candidates is flawed and that it can lead to unqualified candidates who don’t necessarily represent the interests of the institution at large.

“It’s a terrible idea, and I think it should be changed. I’m a strong believer in appointed boards and believe that the governor, who’s the elected chief executive officer of the state, is the right person to make those appointments,” says Engler, who believes board members should act as role models and give back to their community.

“I like to see people who have been supportive, who’ve been involved in the community in other ways,” he says. “I never thought that serving on a university board should be the first time you’ve ever given back to your community.”

Because of a passion for higher education and the knowledge that it can “be better,” Engler helped develop and was a signatory on Governance for a New Era: A Blueprint for Higher Education Trustees, an independent report distributed by the AGB. With 22 signatories — from former and current presidents and trustees of universities to former governors and U.S. representatives — the document brings together those who are committed to improving higher education and believe trustees should take a more active role in ensuring value.

“I think we’re at a point in time where leadership of universities are going to be challenged in ways they’ve only imagined before. So the board composition and governance are going to play increasing roles, because there’s tremendous interest today and more being written about the value of a college degree,” Engler says. “The challenges are not going to go away. Public institutions have a big role to play.”

Whatever challenges may come, it’s clear that Americans also believe board members should play a larger role. In a recent poll by market research company GfK, 91 percent of Americans believe boards have a responsibility to “take the lead in reforming higher education to lower costs and improve quality.”  This is an obligation Engler believes has ramifications beyond the schoolhouse gates. 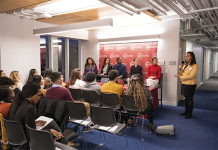 Raising Awareness of Public Policy Careers Could Diversify the Profession 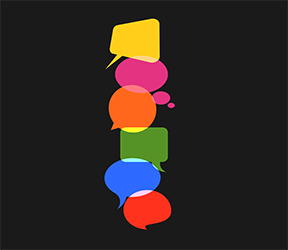