Last week, a group of 32 leaders in higher education, foreign policy, peace building, and national security released a collective statement urging the next president of the United States to “pursue policies and practices that embrace the diversity within and outside our borders and that build on our ability to communicate with allies and foes alike,” the statement reads.

The nonprofit organization NAFSA: Association of International Educators released the statement, which includes signatures of current and former university presidents and administrators, retired U.S. ambassadors, and former politicians. Signatories expressed the belief that the country is safer when “we recognize that we are a part of an interconnected, interdependent global community.”

The statement asserts that protecting the health and prosperity of the nation depends on the president’s “commitment to fostering mutual understanding and global cooperation” and encourages collaboration for the good of the country.

“Isolation diminishes us, and we seek a president who leads with an appreciation that we increase our own power when we find common cause and common ground with others,” it reads.

The document also emphasizes the importance of honoring the U.S.’s legacy as a nation of immigrants. 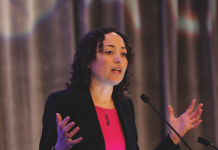 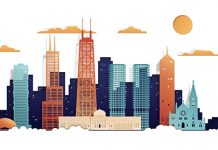 Apprentice Network Creates a Pipeline of Diverse Talent in Chicago, and Leaders Hope to Expand It