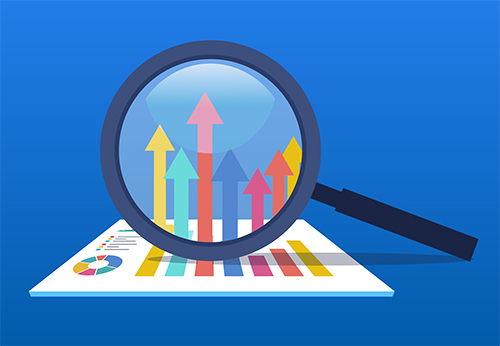 As the United States experiences historically low unemployment, it may be hard to fathom how higher education, the sector responsible for educating and training many of the country’s workers, could have a job market in crisis.

Yet state budget cuts and declining enrollment nationwide have led to thousands of faculty layoffs in recent years and an increasing reliance on teaching staff who are underemployed or work on a contingent basis.

But one group, Beyond the Professoriate (Beyond Prof), provides workshops, career coaching, and other services for graduate students and PhDs looking to earn a living outside of higher education.

Groups such as Beyond Prof could become more important if the job market in higher education continues along the same path. More than 2,400 faculty members have lost their jobs due to the increasing rate of closure for private, nonprofit, liberal arts institutions since 2016 alone, according to research conducted by The Chronicle of Higher Education.

An increasing reliance on what the American Federation of Teachers calls the “contingent instructional workforce” compounds the problem. These positions include graduate employees, adjunct instructors, and full-time, non-tenure-track faculty, all of whom tend to earn lower pay and have less job security than those in traditional faculty positions.

Almost 75 percent of the higher education instructional workforce today operate on contingent appointments, according to the American Association of University Professors, which campaigns against the growing trend of faculty contingency.

L. Maren Wood, PhD, co-founder of Beyond Prof, says her experience in academia was a typical one. After completing a doctorate in history in 2009, she spent three years unsuccessfully hunting for a faculty position.

“I was burnt out applying for jobs and getting nowhere, but I was ill equipped to [change] career tracks and had never thought about doing anything else,” Wood says. “Like a lot of PhDs, I went into academia right out of my undergraduate program and hadn’t really been exposed to other kinds of jobs in the creative economy.”

Realizing that many unemployed academics were having the same experience, Wood and Jennifer Polk, a friend and fellow history PhD, decided to create the online meeting space for frustrated jobseekers in higher education where they could learn about transitioning into what are commonly known as alternative-academic (Alt-Ac) jobs.

While many of Beyond Prof’s users are graduate students looking to explore different career paths, others are faculty leaving academia by necessity.

“We have a lot of people who are in long-term contingent faculty positions that are not getting [their contracts] renewed, where they’ll be at an institution for five, six, or seven years and then are essentially let go,” Wood says. “Others are in a faculty position that’s a poor fit but have no opportunity to change jobs because it’s hard enough to get one job [in academia]; getting a second is almost impossible.”

For some, leaving academia can be “a psychological blow,” she says. Research and teaching have become a major part of their personal identity, and they worry that employment outside of higher education will not be fulfilling.

“There’s a real fear that the kind of work they will do won’t be creative and won’t be as rewarding,” Wood says. “This comes from the lack of exposure to other careers and getting locked into an academic culture and mindset where we only know other people who work in [colleges and universities].”

One of the first steps for new jobseekers is to examine what motivates people in their work so they can begin connecting those values to career options they had likely never considered before. Those who enjoy teaching, for example, may realize they like the ability to mentor, advise, and help others grow professionally, which translates perfectly to a career in management, Wood says.

Another crucial step is helping job seekers understand they have skills that can be applied outside of scholarly research and teaching.

“I wrote a thesis in American gender and sexuality representations in 18th century literature but realized that subject matter expertise isn’t exactly going to directly tie into a lot of jobs,” Wood says. “The problem, though, is we so often narrowly identify ourselves within our academic areas of specialization and think that’s all we know how to do.”

Instead, Wood realized she had expertise in areas such as project management and motivating others, which are typical assets for scholars and faculty, she says. Many people who have gone through the work of earning a PhD and teaching in a college classroom also possess skills such as storytelling, problem-solving, and time management that are coveted by employers, she says.

In the webinars, participants explore what energizes them about their career and how it connects to values and skillsets that often go hand in hand with working in colleges and universities. A medical science liaison, for example, can be a rewarding career for academic scientists whose main goal is to improve lives by deepening their understanding of medicine and health, Wood says.

Regardless of which career path they choose, the important point for PhDs to remember is that a doctorate degree does not limit them to academia.

Those who plan to go into academia should be aware of other career opportunities and should be better prepared as professional job seekers, Woods adds. Beyond Prof recently began offering professional development services to colleges and universities that want to help their graduate students prepare for job hunting, whether in academia or in industry, after graduation.

“We see so many cases where people really believe there’s nothing else they can do that will make them happy, and that can take an enormous psychological and financial toll,” Wood says. “Lifelong career exploration is critical to knowing what you’re good at and what you actually like to do.”

Mariah Bohanon is the associate editor of INSIGHT Into Diversity. This article ran in the October 2019 issue.