African American students graduating from Harvard University this week have the option to celebrate their accomplishments at a black commencement ceremony, one of a growing number of such events being hosted by U.S. colleges and universities for underrepresented graduates.

The event, which student organizers say is designed to supplement — not replace — the school’s traditional graduation ceremony, takes place two days before Harvard’s official commencement on Thursday, May 25. Currently, more than 700 students and guests have registered to attend. The Harvard Black Graduate Student Alliance and other African American student groups began planning the ceremony last summer using the $35,000 it raised in funding, according to CBS News.

Black commencement ceremonies offer a unique opportunity to celebrate the achievements of African American students, as well as to recognize the sacrifices and successes of their families, student organizer Michael Huggins told CNN. However, some in the news media have questioned whether the practice is a form of segregation. The website Campus Reform, for instance, pointed to the fact that there is no separate ceremony to celebrate the accomplishments of white students. Yet Huggins said Harvard’s event is actually intended to be about community.

Any student who identifies “with the African diaspora” is welcome to participate in Harvard’s black commencement, according to the event’s website. Similarly, students are encouraged to bring family and friends who “have been a part of their academic journey to and through Harvard.”

Students participating in the black commencement will receive a traditional African Kente cloth to wear with their graduation gowns. The event will feature speakers who will share their personal challenges and triumphs in higher education, as well as honor successful African American alumni.

Some institutions — including Columbia University, Stanford University, and the University of California, Berkeley — are also hosting black graduation ceremonies in addition to their official commencements. Similarly, some schools offer graduation events that celebrate the achievements of other diverse students, including “Raza commencements” for Latino graduates and “lavender ceremonies” for LGBTQ graduates. 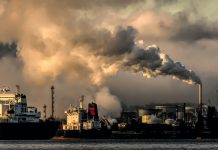