Treasury Secretary Jacob Lew announced Wednesday that former President Andrew Jackson, who was a slaveholder, will be replaced on the $20 bill by abolitionist Harriet Tubman, an African American woman who helped hundreds of slaves to freedom during the mid-1800s. She will be the second woman and the first African American to be featured on U.S. paper currency.

The U.S. Department of the Treasury announced last year its decision to feature more women on U.S. currency. While many women had pushed for the replacement of Alexander Hamilton — who helped found the Treasury — it was announced that he will remain on the face of the $10 bill, while women suffragists will be added to the back of the bill.

Tubman is most known for helping slaves reach freedom via the Underground Railroad; however, she also helped nurse Union troops during the Civil War, fought to end slavery, and advocated for women’s right to vote.

Critics are unsure whether the announcement will win over women’s groups, who had pushed for putting a woman on the $10 bill and who have criticized Lew for not following through on his 10-month-old commitment to do so. Many believe Lew’s decision is due to Hamilton’s increasing popularity, due to a hit Broadway production about his life, titled “Hamilton,” which received the Pulitzer Prize this week.

Yet in the nation’s capitol, many lawmakers lauded the department’s decision.

“It is crazy that women have been mostly absent from our money up until now, with only a few exceptions,” said Rep. Luis V. Gutiérrez, D-Illinois, who introduced legislation to put a woman on the $20 bill. “Women and men are equal partners in our nation’s success, and our money should reflect that. Sure, it is only symbolic, but U.S. money is just about as powerful a symbol as there is in this world.”

The new designs will be made public in 2020 in time for the centennial of women’s suffrage and the 19th amendment to the Constitution. However, the bills wouldn’t enter circulation until the next decade. 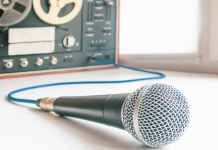