On Monday, North Carolina Gov. Pat McCrory responded to a letter issued by the U.S. Department of Justice, which urged the state to drop its new “bathroom law,” by filing a lawsuit against the department. The law, passed in March, makes it illegal for people to use public restrooms and locker rooms that don’t correspond with the sex on their birth certificate.

The Justice Department told McCrory and other lawmakers last week that the legislation, known as HB2, is illegal and gave them till Monday to respond. In addition, the department sent a similar letter to the University of North Carolina (UNC) system last week, claiming that by complying with the state law, the university was violating federal Title IX legislation and risked losing millions of dollars in federal funding.

In response to the letter, UNC System President Margaret Spellings announced Monday that the university will act “in compliance with federal law” as opposed to HB2.

McCrory’s suit, filed in a local Federal District Court, accuses the Justice Department of “baseless and blatant overreach,” stemming from a “radical reinterpretation” of the Civil Rights Act of 1964. Republican leaders of the North Carolina General Assembly — who, along with McCrory, say the law’s intended purpose is to prevent sexual assault — filed a similar suit against the department.

“This is not the first time that we have seen discriminatory responses to historic moments of progress,” she said, voicing her support of transgender people. “We see you. We stand with you, and we will do everything we can to protect you going forward.” 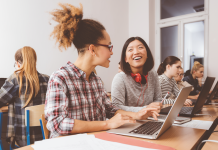