On Dec. 20, Republicans passed their final version of the tax bill. Included among the bill’s controversial provisions is a 1.4 excise tax on private university endowments for schools that invest $500,000 or more per student.

The initial House bill proposed taxing schools with assets of more than $100,000 per student, while a change to the legislation considered only taxing endowments worth $250,000 per student. The final version of the provision, if signed into law, would affect just 25 to 30 institutions of higher education nationwide. State colleges and universities would not be affected.

House Republicans say the measure is intended to treat endowments like private foundations, which are taxed annually. Currently, colleges don’t pay taxes on their investment income; in addition, donors receive deductions for their contributions.

College endowments have grown at record rates in recent years, attracting the attention of Congress in its effort to increase government revenue. As of June 2016, about 800 U.S. institutions of higher education had $515 billion in assets. Currently, the combined total of the country’s top three university endowments — Harvard University, Yale University, and Stanford University — is approximately $91 billion.

While the idea of taxing these hefty endowments may be alluring, officials at colleges and universities argue that keeping such funding avenues tax-free is essential to reducing the cost of higher education for low-income and underrepresented students. Princeton University President Christopher L. Eisgruber, for example, told The Washington Post that the university’s $22 billion endowment plays a key role in its ability to provide financial aid to 60 percent of its student body.

In addition to financial aid, endowments cover important costs such as those associated with student service programs, instruction and research, and maintenance of classrooms, libraries, and other facilities, President of the Association of American Universities Mary Sue Coleman told Bloomberg News. Given the breadth of financial support that endowments provide, many schools rely heavily on them to offset their annual costs: This year, Yale announced plans to use its endowment to cover one-third of its operating budget, and Princeton typically relies on its endowment to pay for half of its annual operating costs.

President of Cornell University Martha E. Pollack issued a statement in response to the GOP’s final budget proposal saying that the proposed excise tax would “would likely have the perverse effect of making colleges and universities … more expensive while reducing [their] ability to provide quality education for economically disadvantaged students.” Bill Burger, a spokesman for Middlebury College, concurred, telling Bloomberg News that “a tax would … force institutions to rely more heavily on tuition revenue, [effectively] … raising the cost of higher education over time.” 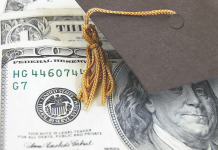 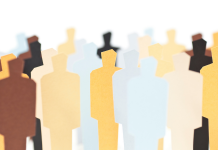 Scholarships or Endowments? Experts Weigh the Benefits of Where to Donate