For more than 35 years, the AccessLex Institute has provided resources to law schools and scholars by recognizing student barriers and offering services that help improve legal education access. The institute is a self-funded powerhouse of reinvestments for legal education, with more than $2.5 million grants awarded to law students in 2018.

The nonprofit organization, which has nearly 100 employees, focuses on issues surrounding access to legal education. The institute conducts research, offers educational resources to students and administrators, and provides numerous services for advancement including two education centers: the Center for Legal Education Excellence (CLEE) and the Center for Education and Financial Capability (CEFC).

The CLEE manages grant programs and concentrates on identifying plans to put underrepresented law students ahead, while the CEFC is available both online and on-campus to teach students to manage student loan debt and other financial responsibility.

AccessLex offers some tools for the public on its website, such as a student loan payment calculator and downloadable research data. But the majority of its services are offered to the 200 member schools, which include all American Bar Association (ABA) accredited law schools and a few for-profit institutions.

AccessLex formerly operated as a student loan lender exclusively for law students and was previously named AccessGroup. In 2013, the federal government cut out middleman loan providers and made student loans accessible directly from the U.S. Treasury. This move caused AccessGroup to be pushed out of the student lending market. The CEO and board of directors then decided to rename and refocus the organization on reforming legal education.

“Our funding comes from lawyers paying their loans back to us,” says Aaron Taylor, executive director of CLEE. “We use that money to make it better for the next generation of law schools and lawyers.”

Taylor describes AccessLex’s framework as a “pay it forward” story. Since 2014, the organization has awarded 79 grants totaling more than $8 million.

Furthering its commitment to eliminating disparities and improving law school entry, AccessLex offers a pipeline grant that provides up to $125,000 to higher education programs seeking to increase racial, ethnic, or socioeconomic diversity in legal education.

The institute offers an on-the-go, segmented, online curriculum called MAX, which is structured to complement the work students are already doing with loan repayment and personal finance. It also combines in-person workshops and one-on-one counseling.

Taylor says several schools have adopted the curriculum without a directive from the ABA or any other organization, which “really shows the value of the program.”

Next year, AccessLex plans to launch a summer program called LexScholars, which is designed to help people from underrepresented racial, ethnic, and socioeconomic backgrounds. It starts as a four-week summer residential program in Washington, D.C., and offers a continued education component for one year.

“What we’re seeking to do is really move the needle on diversity by targeting students that have potential to be successful law students and lawyers,” Taylor says.

Mariah Stewart is a staff writer for INSIGHT Into Diversity. This article ran in the July/August 2019 issue. 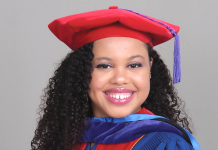