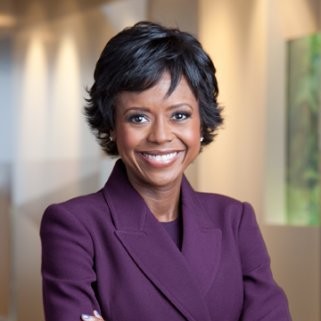 On Thursday, Princeton University announced it will name an upcoming residential college after Mellody Hobson, co-CEO of Ariel Investments and Princeton class of 1991 alum.

Hobson College will be the first residential college at Princeton named for a Black woman and will be built on the site of First College, formerly known as Wilson College, according to Princeton’s news release.

In June, Princeton’s Board of Trustees voted to remove Woodrow Wilson’s name from the School of Public and International Affairs and Wilson College due to his “racist views and policies” which included denying Black men admission to the school.

“When I was approached last year about this opportunity, I was most compelled by the symbolism of a Black woman replacing the name of someone who would not have supported my admission three decades ago and what that would represent for future generations,” Hobson said in a video to Princeton.

Hobson, who was named one of Time Magazine’s “100 Most Influential People” in 2015, serves on several trustee boards, including Starbucks and JPMorgan Chase, and is recognized for her financial literacy and investor education as well as her philanthropic efforts.

After School Matters, a Chicago nonprofit providing thousands of teens with after-school enrichment programs and summer jobs, is just one organization that Hobson chairs. Hobson and her husband, George Lucas, were awarded the Carnegie Medal of Philanthropy in 2019.

Hobson and the Hobson/Lucas Family Foundation made the lead gift to establish a new residential college, according to Princeton’s statement.

“No one from my family had graduated from college when I arrived at Princeton from Chicago, and yet even as I looked up at buildings named after the likes of Rockefeller and Forbes, I felt at home,” Hobson said in Princeton’s statement. “My hope is that my name will remind future generations of students — especially those who are Black and brown and the ‘firsts’ in their families — that they too belong. Renaming Wilson College is my very personal way of letting them know that our past does not have to be our future.”

The university plans to begin work on Hobson College in 2023 and is set to be completed in 2026.

Diversity Leaders Share Why They Pursue the HEED Award 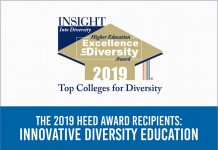