According to a new study, low-income and African American students enroll in larger numbers in for-profit schools, leaving them with higher student debt and fewer job opportunities.

Conducted by researchers at Johns Hopkins University and the State University of New York at Buffalo, the study sought to shed light on the reason so many disadvantaged youth are attracted to for-profit colleges, as well as explore these students’ experience at these institutions. To do so, they studied 150 black students from Baltimore, including both those who enrolled in for-profit and those who enrolled in nonprofit institutions. Students who attended for-profit schools ended up in more debt and with fewer career opportunities than their peers who attended nonprofit institutions.

Fifty-three percent of students in the study pursued an occupational certificate — which includes fields such as cosmetology, computer networking, and auto mechanics, among others — at for-profit trade schools. Researchers discovered that these students were drawn to these programs because of a belief that they offer the quickest, most direct route to employment. However, these individuals received little information or guidance in high school regarding career pathways and thus relied heavily on information provided in television commercials.

“The quick jump into for-profit schools really precludes other options that might be less costly and have a bigger return,” Stefanie DeLuca, an associate professor of sociology at Johns Hopkins and co-author of the report, said in a statement. “These young people are vulnerable to the flashy ads for these schools and lured in by how quickly they could get jobs.”

According to DeLuca and co-author Megan M. Holland, the problem with for-profit programs that focus on a particular career is that students don’t have the opportunity to explore their interests before committing to a profession.

“When youth realize they do not like or are not prepared for their chosen career,” the report reads, “they adopt coping strategies that keep them in school but swirling between programs, rather than accumulating any credentials.” 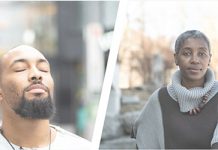