In another show of just how bad the budget impasse has gotten in Illinois, dozens of faculty members from Northeastern Illinois University (NEIU) carried a tombstone symbolizing the death of public higher education in a New Orleans-style funeral march to the doorstep of Gov. Bruce Rauner’s home in Winnetka.

The university, which normally operates on a $90 million budget — one-third of which is provided by the state — is struggling to keep its doors open at a time when Illinois is about to enter the third year of a budget stalemate should it not approve a new budget by July 1. Many blame the crisis on a feud between Rauner, a Republican, and the Democrat-controlled legislature. In May, lawmakers exceeded a budget deadline, triggering a new requirement that any proposal must be approved by three-fifths as opposed to a majority of members.

At NEIU, and other public colleges and universities across the state, the situation is being felt by faculty, administrators, and students alike. According to NEIU staff, the university is in the midst of layoffs, and should a budget deal not pass, a total of 180 full-time employees will have been laid off. The university was already forced to temporarily shut its doors for three days in April and furlough employees due to budget shortfalls — a move that affected approximately 10,000 students and 1,100 staff.

“Right now we are number 49 among the 50 states in public higher education funding — and that will not bring people to the state of Illinois,” Jeanette Hernandez, administrative aide in rural languages and cultures, told ABC7 News.

Earlier this month, students and faculty members from both public and private institutions, as well as business owners, recounted how the state’s budget impasse has affected them before members of the House Appropriations Higher Education Committee. Students who rely on state-funded scholarships have been the hardest hit, and some described using all of their savings to pay tuition and fees.

“Morale is very low. We don’t know if our university will be open next year,” Amy Sticha, a full-time biology student at NEIU, said at the hearing. “Everyone I know has a backup plan in either Wisconsin, Indiana, or Michigan. If we don’t get funding, if our university closes, then everything we’ve spent the last several years striving for is suddenly useless and we have no reason to stick around.”

In a written statement, the governor’s office said that Rauner is extremely concerned about the “severe financial challenges” faced by students and colleges and is working to find a sustainable solution. However, some say the statement is the same one issued by his office in the past.

“I think now is the time where we forget Gov. Rauner and speak to each other as citizens,” Sophia Mihic, professor of political science and philosophy at NEIU and president of the faculty union, told ABC7 News. “And I’m really hoping that Republicans and Democrats can get us a budget.” 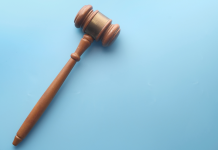