The publishing conglomerate Pearson PLC recently came under fire when students and faculty discovered that the latest edition of a popular nursing textbook used multiple offensive stereotypes to teach what it referred to as “common cultural differences” between ethnic groups regarding beliefs about and responses to physical pain. Outrage over the book’s flawed attempt at educating readers about cultural sensitivity garnered international attention and led to the company’s CEO, Tom Boznik, issuing a videotaped apology and a promise to remove the offensive material from all future editions.

This incident illustrates one of the pitfalls educators must avoid when preparing future healthcare professionals to treat diverse patient populations. While many medical education programs require cultural sensitivity or competency training, some experts believe that merely teaching students to be aware of cultural differences through one-time courses and other simple methods serves only to reinforce stereotypes rather than prepare a culturally competent, patient-centered workforce.

“Pharmacists and all healthcare professionals need to be sensitive not only to other cultures, but to all individual characteristics that make [people] different,” explains Margarita Echeverri, PhD, an assistant professor at Xavier University of Louisiana College of Pharmacy — a historically black college. “We need to focus on the patient more than the curriculum.”

Echeverri, who also serves as an education coordinator in the college’s Center for Minority Health and Health Disparities Research and Education, says some pharmacy schools may rely too heavily on cultural electives and immersion experiences, such as overseas clinical rotations, to prepare students for working with diverse patient populations here in the U.S. “These kinds of isolated efforts may give the wrong perception that being culturally sensitive means to have cultural experiences in other countries,” she says. “I prefer to see an evidence-based curriculum where students build their competence throughout the program, and being [culturally] sensitive is only the first step.”

In her own courses, Echeverri asks students to look for similarities in healthcare beliefs and practices among one another and to then compare differences. By focusing on shared characteristics at an individual level rather than emphasizing differences based on culture, students can see how social identity influences a person’s health without using stereotypes, she says. “Instead of teaching about Hispanics, Asians, Indians, [and so on], we work with students to learn about our own issues and approaches to health,” Echeverri explains.

In one class, she has participants read about the cultural healthcare norms of a specific group, after which they must interview three representatives of that group to determine the ways in which they ascribe to or deviate from those norms. The experience enables them to see that knowledge of other cultures is very useful in communicating with and serving patients, but that no individual aligns precisely with a textbook description of their culture’s healthcare practices or beliefs. “I truly believe the best way to learn about cultural competence is by sharing and discussing cultural health beliefs … in teams of students and diverse community members,” Echeverri says.

She feels strongly that schools should approach cultural sensitivity as a skill that is necessary to help marginalized patients overcome health disparities rather than something that simply enriches students’ knowledge of other cultures. “The only way to work for better health outcomes is by creating meaningful and sincere relationships with patients,” she says. “The first step to doing that is being sensitive to characteristics of diversity.”

For Amy Parkhill, PhD, associate professor at the Wegmans School of Pharmacy (WSoP) at St. John Fisher College, the most effective way to prepare students for treating diverse individuals is by offering them opportunities to communicate directly with patients. Rather than rely on textbooks, she contacts community organizations such as the local chapter of the National Alliance on Mental Health to find people who are willing to come speak to her classes.

“Individuals from different backgrounds come and talk to us about their interactions with the healthcare system, good and bad, and what they’re looking for or expect from a pharmacy,” says Parkhill, who is also the educational coordinator for WSoP’s diversity courses. “They also give an overview of their journey as an individual in a particular culture and some of the assumptions people make that are problematic for them.”

Parkhill emphasizes that cultural influences on health extend far beyond traditional understandings of ethnicity, race, or nationality. She wants students to be aware that multiple factors, including sexual identity, socioeconomic status, and age, are also critical aspects of a patient’s identity. These cultural identifiers can be linked to generalizations.— e.g., that low-income individuals are more likely to lack health insurance or that elderly patients may be taking multiple medications — which differ from harmful stereotypes that seek to ascribe certain beliefs or behaviors to all members of a specific population, Parkhill explains.

“A generalization is about looking at a particular group and finding similarities and knowing that there are members of that culture who fall outside of that,” she says. While generalizations can help pharmacists make sense of certain cultural influences — such as how members of a specific religion view the use of pain medication — she says the most important lesson for students is that each patient is a unique individual with different healthcare beliefs, conditions, and needs.

Both Parkhill and Echeverri believe that cultural competency education should be a continuous effort on the part of pharmacy schools as opposed to something that is relegated to a single course. This idea is one that Norma G. Cuellar, PhD, RN, a professor of nursing in the University of Alabama’s Capstone College of Nursing, also supports.

“You can’t just think you’ll have diversity covered in one course and that’s all students are going to need,” says Cuellar, who is also editor in chief of the Journal of Transcultural Nursing. “Every course should have something about cultural diversity so that you can build upon that.”

Additionally, she thinks that first-year nursing students should also be introduced to differences in healthcare beliefs and practices based on broad categories like race, ethnicity, gender, and age. However, she says it’s necessary to posit such information in a way that prepares students to overcome stereotypes rather than reinforce them. “Students have to be aware of the differences by groups and by cultures,” Cuellar explains, “but you have to be very careful [about stereotyping] and preface it as having to do with respect and dignity for people’s beliefs and values.”

Students should also learn how the many factors that comprise a person’s cultural identity serve as social determinants of health. Using theoretical models to apply this knowledge, they are able to discover the complexities of an individual’s identity and how factors like socioeconomic status or education level can have as much as or more influence on a person’s health than race, ethnicity, or nationality.

“Twenty to 30 years ago, people used to think of culture as whether you were black or white or which country you were from,” Cuellar says. “Now we know that the definition of cultural diversity is so much more than that [and that] we need to be taking into account where a person lives, military status, LGBTQ issues, aging, and a whole variety of issues.”

In order to provide a robust, culturally sensitive education, Cuellar says that support for this type of learning has to come from the top. This means a school’s core values should include a focus on diversity so that faculty can prioritize research and education in this area. Additionally, she believes that instructors should be required to take ongoing cultural competency training.

“I don’t think enough nursing faculty really believe this is an issue or problem,” says Cuellar. “But you should try to keep learning and to lead by example because when it comes to diversity, you [can’t] ever know enough.” 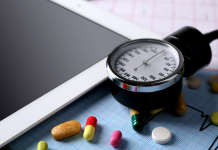 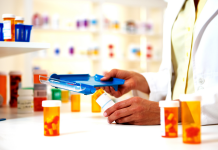 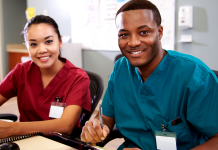