Accreditation is a voluntary, nongovernmental process involving the self-regulation of higher education that serves two purposes: assuring the public of quality and fostering institutional improvement. Accrediting agencies in the U.S. serve a broad range of institutions, thus making it difficult to implement diversity regulations across the board. Many agencies use standardized diversity policies or recommend that colleges and universities create their own objectives in this area, while others have relatively few or no requirements included in their accreditation standards.

The following are some examples of diversity and inclusion standards at several U.S. accrediting agencies.

NEASC CIHE members include research universities, state schools, community colleges, and many specialized institutions such as those that are graduate-only or religiously affiliated. “The Naval War College standards for diversity are obviously going to be different than Bunker Hill Community College standards,” says Brittingham.

However, each institution addresses its own goals in achieving diversity and inclusion and is required by the commission to provide a safe environment that fosters the intellectual and personal development of its students. “It’s important that everyone feel welcome and that the educational experience offers [students] an opportunity to learn from one another as part of their college education, but also as preparation for life beyond college,” Brittingham says.

Although NEASC CIHE has no specific diversity requirements for accreditation, Brittingham says a growing number of institutions have expressed a desire to diversify their student, faculty, and staff populations and that many of those have made progress.

The commission’s accreditation application includes a section in which institutions must demonstrate how they are working to promote diversity and inclusion, as well as articulate their future goals. Furthermore, NEASC CIHE updated its standards as of July 1, in part to include an increased focus on equity and inclusion.

“The institution that enrolls multiple student bodies — by degree level, modality, location, or other variables — ensures that it meets the expectations set forth in this standard for each of its student bodies,” one section says, referring to the diverse student groups served by member institutions.

“That’s not demographic diversity, per se, but it focuses on the range of students,” Brittingham says. For example, she says, a single institution is typically composed of an undergraduate campus of traditional students in addition to a few off-campus locations with a majority part-time adult student population. It may also have a large online program that enrolls students from across the country and world, as well as arrangements with corporations to provide college education to entry-level workers who show promise in online competency-based programs.

“These are four very different groups of people, and the commission expects institutions to focus on each [one], not just on the full-time residential students,” says Brittingham.

Retention rates are another important aspect of successful diversification, she adds, and NEASC CIHE encourages institutions to analyze retention rates of underrepresented groups and first-generation students to ensure they are comparable to that of the overall student population.

“We do indeed value diversity,” Wheelan says. “It struck me that we had never verbalized that we thought diversity was an important phenomenon. What you say becomes important, so the council [published] a statement on the importance of diversity in higher education.”

Because of the variety of institutions among SACSCOC’s membership, Wheelan wanted the public to know that the commission values not only traditional colleges and universities, but also those that are faith-based as well as Minority-Serving Institutions. When peer reviewers evaluate a school for accreditation, they look to see if it claims to promote diversity and inclusion in its mission statement, and if so, they assess the institution’s efforts to do so.

“Beyond that, there’s no particular standard that says institutions must be inclusive,” Wheelan says. “If a mission statement says they promote diversity, we look to see if there are any areas that are discriminatory.”

According to Wheelan, many member institutions, particularly community colleges, have emphasized the importance of providing opportunities to the broad range of citizens in the region. “The citizenry at community colleges is generally very diverse, so we expect the things they do to be reflective of that,” Wheelan says. “There is no one particular thing we ask the institutions to respond to; we look at the whole package.”

Accrediting Council for Independent Colleges and Schools
The Accrediting Council for Independent Colleges and Schools (ACICS) is the largest national accrediting organization of degree-granting institutions that offer programs in professional, technical, and occupational fields. Perliter Walters-Gilliam, ACICS associate vice president of quality enhancement and training, says the council does not specifically have a diversity requirement in its accreditation standards, but it does require each institution to include information about its diversity and inclusion efforts in a document submitted along with its application.

“The expectation is that diversity is included in the planning document every campus is required to complete,” Walters-Gilliam says. Specifically, each institution must complete an assessment of the effectiveness of its own diversity and inclusion efforts.

The council specifies the information schools must detail, including retention and placement outcomes, as well as metrics regarding employer, graduate, and peer satisfaction. The application must also contain student body demographics, which provide context for how the institution will be evaluated by the council. In addition, ACICS expects schools to work to achieve faculty demographics that reflect those of the surrounding community.

Additionally, the ACICS expects institutions to comply with state requirements such as those regarding people with disabilities. “Schools are required to be in compliance with all state and federal regulations, and that trumps anything else,” says Walters-Gilliam. “Those rules also apply to faculty and staff.”

Western Association of Schools and Colleges Senior College and University Commission
The Western Association of Schools and Colleges (WASC) Senior College and University Commission (WSCUC) is a regional accrediting agency serving public and private higher education institutions throughout California, Hawaii, and the Pacific, as well as a limited number of institutions outside the U.S. in countries such as the United Arab Emirates and Armenia. The commission uses a diversity policy in its accreditation guidelines, holding schools to both societal standards of institutional behavior and its own subset of standards.

“Quality and diversity are profoundly connected in pursuing goals in the mission statements of colleges and universities themselves: goals of expanding knowledge, educating capable citizens, and serving public needs,” the policy states.

Due to the range of member institutions that make up WSCUC, its diversity policy is broad and simply provides a general framework for this work. “We aim to ensure that institutions are looking at the changing environment of higher education,” says WSCUC President Mary Ellen Petrisko, PhD.

However, given the rapidly changing composition of the population in the region served by WSCUC, race and ethnicity are major factors in the commission’s evaluation of representation. “We have a very diverse population,” says Petrisko. “In this region, institutions recognize that the populations they are serving — especially at public institutions.— are majority-minority. For example, many [members] … are Hispanic-Serving Institutions.”

Beyond race and ethnicity, the commission recognizes other aspects of diversity, including socioeconomic status, gender, age, religious beliefs, sexual orientation, and disability status. Each of these areas is addressed in assessments conducted by every member school; each school then disaggregates the resulting data individually. The institutions also benchmark their retention and graduation rates — as well as those of their peers — against their personal aspirations.

“At various periods, institutions go through a self-study process, prepare documents, and provide evidence and data on these standards,” Petrisko says.

In addition, WSCUC works to evaluate these efforts and their outcomes. “We have a working group looking at the data collected [by our members] — and how we assess it — to ensure institutions are serving students well,” says Petrisko.

The commission recognizes diversity in higher education as having three vital and related dimensions: representation, the nature of the campus community, and the impact of group membership on both individual development and the content of academic scholarship and study. WSCUC understands, however, that each institution will have different outcomes.

“Some institutions may have challenges that others don’t,” Petrisko says. “There may be a certain student population that [schools] need to ensure they are serving.”

Although the commission also considers faculty diversity in its standards, Petrisko says that many of its members have struggled with diversification in this area. “Attracting and keeping faculty that match the student population has been a challenge for a number of institutions, particularly for specialized institutions like faith-based schools,” she says.

Additionally, all institutions have the fundamental responsibility to create a culture on their campuses in which enhancing diversity and community is encouraged and supported and the opportunity exists to build trust among people and groups.

“We all have the same challenge,” WSCUC’s policy states, “— to use higher education to effectively realize the human potential of all of our citizens.”

While there are dozens of accrediting agencies in the U.S., many do not consider diversity and inclusion in the evaluation of potential member institutions. Some agencies have implemented diversity standards and policies or request that institutions create their own, but little is done to enforce these measures or to ensure that member institutions overall are providing a truly inclusive environment for all students.● 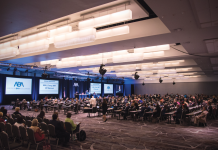