When Carmen Westbrook logs in to her online MBA courses at American University (AU), the identity of her fellow students is no mystery.

In what one school administrator likens to a “Brady Bunch screen,” the faces of all 13 of Westbrook’s fellow students appear on the computer monitor in her home office in Severna Park, Md., which is about 50 miles northeast of AU’s campus in Washington, D.C.

Westbrook, a married mother of three children all under the age of 10, closes the door to her home office, so as not to be disturbed, and soon finds herself in another world.

“One of the most amazing things about this is all these people that I’m in class with — we’re all really busy; we all have professional lives, come from really different backgrounds, and have different professional stories,” says Westbrook, who is the founding executive director of Aina, a nonprofit online platform that matches people looking to donate goods and services to various aid organizations around the world.

“So hearing people’s perspectives on everything has been really interesting, because the classes aren’t huge, and we’re all sitting there looking at each other instead of looking at the professor,” she adds. “We really engage with each other a lot, and hearing different perspectives, people’s history and the things they know from their own personal careers, is really cool.”

AU business professor Jeffrey Harris says he has been pleasantly surprised by how much the students engage in lively conversations in his “Managerial Economics and Corporate Strategy” course.

“I was somewhat worried because, even in the live classroom, you can have dead time where the professor has to pry comments,” Harris says. “But in virtually every class, we’ve gone over time where I have to cut the class off.”

Whereas students may have been invisible in online courses of the past, Westbrook’s online learning experience at AU — and Harris’ experience teaching online — is part of an emergent trend in which online students are no longer anonymous to one another.

The trend has taken on different forms. One of the more extreme examples is at Harvard Business School, which rents a TV studio in Boston and uses it as a “sleek online classroom” where professors can see the faces of their students from all over the world.

Online Interaction
Online education experts say the on-screen visibility is a welcome trend that brings about a greater sense of diversity in the virtual classroom.

“The best way that universities can bring diverse dynamics to their online courses is by making them as personal as possible,” says Dr. Matthew Lynch, dean of the School of Education, Psychology, and Interdisciplinary Studies at Virginia Union University and creator of The Edvocate, an education advocacy and news website.

He notes that research has continually shown that online learning boosts diversity in education and, consequently, in the workplace.

“Have a webcam meeting at the beginning of the course, using any number of [applications] to bring everyone together live,” Lynch advises. “If your course allows it, have a similar setup throughout the semester. Give your students the opportunity to meet and work with each other, even if it is over an Internet connection.”

That is precisely what AU is doing through a new partnership its Kogod School of Business launched this year with 2U Inc., a leading education technology company. 2U provides the online platform for the school’s new online business programs, called Business@American, which includes an MBA and a master of science in analytics, or an MSAn.

A 2U executive says the platform helps expand the reach of higher education.

“One of the main things that universities are meant to do is create access to opportunity,” says Jim Shelton, chief impact officer at 2U and former U.S. deputy secretary of education. “If you are not a person who can quit your job and move your family to attend a program, this still allows you to participate.”

He believes that being able to see and interact with students from a much wider cross section of life enhances diversity within the online learning environment.

“People don’t have a lot of diversity in their lives in general,” Shelton says. “This is one of the places you engage a diverse population of folks in something of common interest. That kind of environment helps people become more open around a variety of different people as well.”

Educational Benefits
While using technology to enable a diverse group of students to see and interact with one another in an online learning environment is important, it is only half of the equation. The first step is creating a diverse cohort of students.

According to Lynch, the first cohort of students in Business@American is impressively diverse. The inaugural class is 55 percent female and 48 percent underrepresented minorities.

“AU went out of its way to be sure traditionally underrepresented groups are part of the program, and that will shape the way all of the students learn and feel about each other,” Lynch says.

Enrolled students also range in age from 20 to 53, with an average age of 30, and have an average of 6.5 years of work experience. In addition, 10 percent have military experience.

Jill Klein, assistant dean for digital initiatives and new programs at AU, says that while the applicant pool is naturally diverse, this was also by design.

For instance, about 20 percent of the students in Business@American are entering by way of a course called Bridge to Business, a foundational course for students who may not have earned the best grades in quantitative courses such as accounting and statistics. In order to be admitted to the business school, students must earn a B or better in the course.

Without the program, Klein says the representation of women, minority students, and military students might fall by a “couple percentage points.” Yet even after a diverse cohort is admitted, more work must be done to reap the benefits of that diversity.

Because of this, Klein says that when group projects are assigned, it’s important to make sure teams are composed of students from different backgrounds and who’ve had different experiences. Beyond gender, race, and ethnicity, she believes that teams should include both full- and part-time students and those from professions and disciplines who might not typically interact.

“We look at diversity across a lot of different dimensions,” she says.

In addition, she says that while technological platforms might allow for larger numbers of students, at AU, classes are purposefully limited to about 15.

“You can put a lot of people on the platform, but it would be a very unsatisfying experience,” she says. “You want to see everybody, and that’s the key. That’s how you know [a given student] is not sleeping and is as engaged as you are.”

2U’s Shelton says that small class sizes are key to creating an “intimate” learning environment and replicating the in-person experience.

“Any university that wants to become what I call ‘the greater digital version of itself’ needs to be taking a look at not just how to go online, but how to offer a program that’s robust enough to offer the same kind of success that they would have on campus — if not better,” he says.

According to Shelton, the retention rate of 2U’s partner programs is around 83 percent, although evaluations of its learning platforms are ongoing, he says, because they are new.

Measuring Success
Retention is a problem that has dogged online education since its inception. For instance, a total of 44.6 percent of chief academic officers agree that retaining students is a greater problem in online versus face-to-face courses, according to the 2015 report Grade Level: Tracking Online Education in the United States. That percentage has increased 4 percent since 2013.

However, for Klein, the diversity of the first cohort of students in Business@American is only one metric that should be examined when evaluating the online education program’s success.

“Call me back in 24 months … and let me tell you how many of them graduated. That’s when I will open the bottle of champagne, because the real measure of success is retention and student satisfaction,” says Klein, who believes the most important measure of success will be determined after graduation.

According to Shelton, the central question is, “Are people able to get good jobs, and better jobs, [as well as] higher pay and enough higher pay to make the return on the degree worth it?” 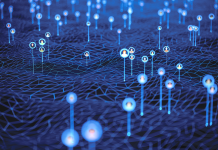