On Friday, the Board of Visitors for the College of William & Mary (W&M) in Williamsburg, Va., passed a resolution formally apologizing for the school’s historical use of slave labor and past racial discrimination. The announcement follows a years-long effort by W&M — named the Lemon Project after a man who had been enslaved at the college — to investigate its role in supporting and perpetuating the practices of slavery and segregation.

At the meeting, W&M President Taylor Reveley read the resolution, stating that the board “profoundly regrets” any past activities related to slavery or discriminatory labor practices and vows to continue its efforts “to remedy the lingering effects of past injustices.” The board also expressed gratitude for the contributions that African Americans have made to the college.

In addition to last week’s formal apology, W&M has taken several recent actions to pay tribute to African Americans on campus. Last Thursday, Reveley and members of the Board of Visitors dedicated a plaque in the college’s Wren Building in honor of the first three African American students to live at the college: Lynn Briley, Karen Ely, and Janet Brown Strafer. The women — nicknamed the Legacy 3 — each graduated from W&M in the 1970s and attended the ceremony.

The Lemon Project got its start in 2007 when the college’s student assembly formally asked the school to research its ties to slavery, publicize its findings, and build a memorial commemorating those whom the school enslaved. The following year, a working group of faculty, staff, and community members conducted archival research and compiled a report that they submitted to the board, which has served as a blueprint for the initiative.

So far, the project has resulted in a variety of new forums for campus dialogue regarding the school’s historic ties to slavery, as well as the naming of a residence hall after a former slave. In addition, efforts are underway to create a memorial in honor of those who were enslaved at W&M.

Moving forward, school officials have expressed a desire to create a center for research on slavery and Jim Crow laws as part of the project, as well as a post-doctorate position dedicated to the study of the school’s history of slavery. Other long-term goals include conducting in-depth archaeological research on a plantation once owned by W&M. 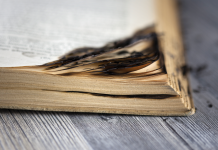 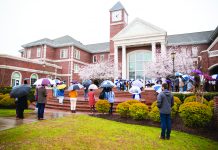