According to the University Innovation Alliance (UIA), if college completion rates continue at their current pace, by 2025 the U.S. will be short 16 million college graduates, limiting our country’s ability to compete with better-educated global workforces. Additionally, students from high-income families are seven times more likely to earn a degree than their peers from lower-income families, perpetuating the staggering income gap.

The UIA is a consortium of 11 U.S. research colleges and universities that have banded together to address these issues in an effort to graduate 68,000 students over the next decade by using proven strategies — at scale — across the country.

One of the alliance’s goals is to experiment and find ways to adapt innovations so that, for example, what works at Michigan State University can translate into a functioning solution for a community college in Colorado. However, this doesn’t mean that the methods will be identical.

“The goal is not to cut and paste innovations, but to borrow what works for the culture of your campus,” says Bridget Burns, executive director of the UIA. “The problem is not that we don’t have enough solutions. The problem is diffusing these solutions.”

The idea to form the consortium was the result of a fateful meeting at the 2013 Aspen Ideas Festival. The 11 presidents and chancellors of the institutions that make up the UIA realized that improving college completion rates would require collaboration, not competition. Spread across the country, their universities had been making great strides toward closing the gap on degree attainment for low-income and minority college students, but they had each been operating in their own bubbles.

Burns says the geographic dispersion of the universities in the “innovation cluster” eliminates competition for funding and resources, which is an advantage of their distance from each other. However, the geography also presents a challenge with dissemination.

To overcome that challenge, representatives from each university will meet throughout the year at one of the mentor schools to brainstorm ways to tailor innovations to their home campuses.

The purpose of the meetings is not to present finished products, Burns says, but to “crystallize the story of the innovation experience.”

“Conversations about what didn’t work are almost as important as those about what did work,” she says. “Other schools want to know the first three steps to take, not the outcome.”

Or as Edward Ray, president of UIA-member institution Oregon State University, says, “We are very honest about what we haven’t accomplished because that’s the only way we’re going to get to a better place.”

At GSU, ASU, and UTA, predictive analytics have succeeded in streamlining students’ paths to graduation. GSU and ASU have saved millions of dollars and had remarkable results graduating low-income and minority students. And at UTA, low-income students are performing better than their peers.

“I will say, upfront, you do need to make an investment,” says Mark Becker, president of GSU. “Other presidents might say, ‘Well, we can’t afford that.’ And yes, it may cost $1 million or $2 million, but if you do it right, you can afford it — because with more students staying in school, you generate more tuition, so the investment pays for itself.” Georgia State University
About nine years ago, GSU leadership decided the university’s 30 to 40 percent graduation rate was unacceptable. In looking at the issue, they discovered that many students were taking anywhere from 10 to 20 extra credit hours unrelated to their major. The extra workload was slowing down students’ progress to graduation and costing students and the university thousands of extra dollars.

Burns says GSU hired 42 more student advisers and selected a centralized location for advising, rather than housing it across academic departments. With the help of analytic software from the Education Advisory Board, every Monday advisers receive a list of students who appear to need help in their classes. Those students then meet with an adviser to discuss strategies for improving.

GSU’s investment has certainly paid off. According to Timothy Renick, vice provost and vice president for enrollment and student success at the university, the number of annually conferred bachelor’s degrees at GSU has increased by 30 percent, and the results for minority and low-income students are even better.

The UIA estimates that GSU’s innovation scaled across all U.S. public universities would retain 335,000 students and save $2.2 billion in tuition and fees per year, with an additional savings of $1.5 billion to students and taxpayers.

“It seems simple, but it’s a huge culture change, especially for universities that maybe haven’t changed much in the last two decades,” Becker says. “You have to make the organizational and cultural changes and have leadership to carry it out. It’s not about buying the software; it’s about how you then use that tool.”

Arizona State University
Under the leadership of ASU President Michael Crow and UTA President William Powers Jr., predictive analytics tools have improved the rates of low-income students earning bachelor’s degrees. UIA members will next meet at ASU to learn how the university’s use of advising software has advanced student progress.

ASU’s software program, called eAdvisor, has reduced the number of exploratory majors from one-third to only 8 percent of the freshmen class. The software not only helps students choose a major, but also helps them track their progress to graduation. ASU estimates eAdvisor has saved the university an average of $31,000 per student per year.

University of Texas at Austin
Unlike the way GSU and ASU are using predictive analytics, UTA uses predictive software to pinpoint and support underprepared students before they have a chance to start slipping.

UTA’s Four-Year Graduation Rate model is an algorithm that compiles student performance and demographic data from 14 areas — such as parent income, first-generation student status, and high school credits — to predict the likelihood of a student graduating in four years. All entering freshmen receive a predicted graduation rate that helps the university identify students who need extra help, financially and academically.

Students who are identified as underprepared and in need of financial aid receive extra support through the University Leadership Network (ULN), a scholarship and experiential learning program started in the 2013-2014 academic year.

Students in UTA’s ULN program receive $5,000 per year for four years and participate in academic and professional development seminars, community service, and an on-campus internship in their second year.

The 2013-2014 cohort of ULN students — 502 students, all of whom are eligible for financial aid — has excelled in persistence rates and completed credit hours. Of all ULN students, 54 percent completed 30 or more semester credit hours that academic year, as opposed to only 13 percent of the comparison group.

At mentor schools such as UTA, predictive analytics have sped up students’ progress to graduation by helping them stay on track. For low-income students, cutting down on excessive credits and remedial courses can mean the difference between graduating and dropping out.

“We don’t want to bite off too much,” Burns says. “We have to own the part we can own and do better with the students we have, and that will impact future students.”

To launch the collaborative, the UIA raised $5.7 million from six major charitable organizations, including the Ford and Lumina foundations, and the 11 member institutions have committed to matching that amount.

For more information on the UIA, visit theuia.org.● 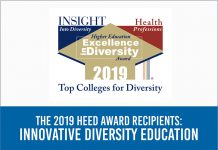