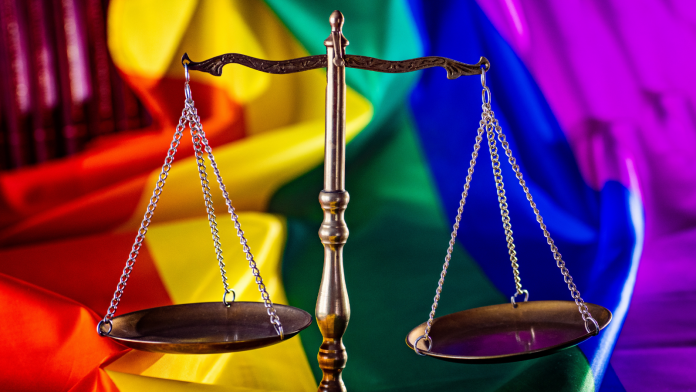 More than 30 college students filed a class-action lawsuit against the U.S. Department of Education on Monday that argues the government should not provide federal funding to taxpayer-funded religious universities that discriminate against LGBTQ students.

You can find our landmark lawsuit here https://t.co/qAAwIEStkJ

The suit claims that LGBTQ students across 25 religious higher education institutions, such as Seattle Pacific University and Baylor University, face harms like conversion therapy, expulsion, abuse and harassment, and more.

“The Plaintiffs seek safety and justice for themselves and for the countless sexual and gender minority students whose oppression, fueled by government funding, and unrestrained by government intervention, persists with injurious consequences to mind, body and soul,” the lawsuit states.

Throughout the lawsuit, current and former students shared testimonies of exclusionary experiences at religious schools.

“Even if I was comfortable as a gay man and even if I accepted myself, I would never have come out because of how homophobic the campus is,” Lucas Wilson, a former Liberty University student, stated.

Wilson also said that the university offers conversion therapy in the form of a student club and classes that teach “the evils of the homosexual lifestyle,” according to the lawsuit.