Brittany Wiggins first heard about the Chicago Teacher Education Pipeline (CTEP) when she was attending North Lawndale College Prep High School in Chicago. Now — as a third-year teacher at her former elementary school — she’s living proof that the Illinois State University (ISU) program is accomplishing its mission to recruit teacher candidates from hard-to-staff urban schools and return those trained teachers back to their home communities.

Executive Director of CTEP Robert Lee, EdD, says the program was first imagined during a period when ISU was training large numbers of educators but few were choosing to teach in Chicago. Attrition rates were daunting in Chicago Public Schools (CPS); according to a report released by the University of Chicago Consortium on School Research, only 49 percent of CPS elementary school teachers and 46 percent of CPS high school teachers were in their fourth consecutive year at the same school in 2002-2003.

Lee says research had revealed that graduates from ISU’s College of Education typically ended up teaching within a 50-mile radius of their hometowns or the ISU campus. Thus it seemed that the key to staffing urban schools might be to recruit teachers directly from the communities that were having trouble finding educators.

CTEP’s initial goal was inherently a long-term one, says Lee, as it takes at least eight years for a recruited high school student to graduate from college and begin teaching. When Lee came on board with CTEP in 2004, he says he wanted to make sure that while the program pursued its long-term goal, steps were also being taken to alleviate CPS’s staffing issues in the short-term, which meant figuring out how to effectively train all teacher candidates to teach in urban communities. “We knew that we needed to reconnect context, the community itself, … to the practice of what good teaching looks like,” says Lee.

Traditionally, universities have gone into urban neighborhoods with a savior mentality, Lee says, showing little respect for the culture and traditions of the communities they’re seeking to serve. To break down that attitude, CTEP has taken a number of different approaches over the years. From faculty training to help professors restructure courses, to better preparing students to work in urban communities, to intensive summer programs that place teacher candidates with host families in urban communities, CTEP has made immersion a priority.

“If we really want to be successful in developing and reshaping a teacher’s identity and having that identity then be linked to the context in which we ultimately want them to teach, we have to immerse them early on and work with them over and over in those same types of settings,” says Lee.

Today, 14 years after its founding, CTEP is starting to see the payoff of both its short- and long-term planning. Three years after graduation, 95 percent of CTEP alumni are still teaching in the same urban school district in which they began their careers. Additionally, graduates who were recruited as high school students — like Wiggins — are returning to their childhood communities to teach.

Wiggins, who is now a teacher at Herzl Elementary School in North Lawndale, believes that any educator can be culturally responsive to a community’s needs, but she also feels strongly that it’s important to give back to the place where you were raised. “Every day I look around my community and see young adults who feel that they are nothing more than the [neighborhood] they live in,” says Wiggins. “Being a living witness of making something of myself despite what my community tried to make me think was important, I feel that it is my job to come back and teach the younger generations that only they can determine their future.”

That sense of the importance of community is something CTEP works hard to instill in teacher candidates who plan to work in neighborhoods other than their own. Christine Cuartero, a CTEP graduate who has been teaching at North River Elementary in Albany Park for five years, says that the most important knowledge she took away from her time with CTEP was to “not just be a teacher, but be a community teacher.”

“This extends to living in the community that you work in and being an active member of that community,” says Cuartero. “[Educators’] goal will always be to facilitate progress for our students within any and all domains, but that is most powerful when you are not only their teacher, but also their neighbor, and you are invested in [growing]together as community partners.”

In recent years, CTEP has replicated its model beyond the Chicago area, partnering successfully with urban communities and districts in other parts of Illinois. According to Lee, ISU just launched a National Center for Urban Education based on the CTEP model that he hopes will help educators collaborate around the complex task of bringing together university scholars, school practitioners, and community partners to produce well-prepared, culturally responsive teachers who will stay in urban communities.

“There’s no need to constantly reinvent the wheel,” Lee says. “The more we can share this model and get it out to other folks so they see that this work is possible — and that it’s possible in their communities and at their universities — I think that the better we would be as a community of urban teacher educators.”● 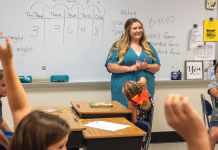 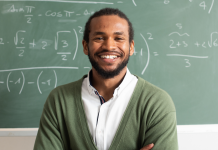