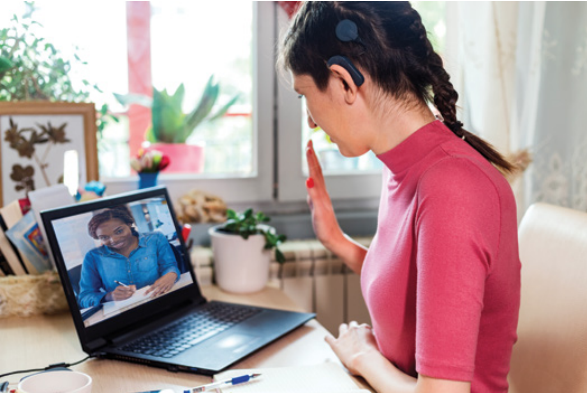 In recent years, a growing number of college disability service centers have undergone name changes to become more inclusive and to highlight the broad range of services they offer. Many have opted to use the term “accessibility” in lieu of “disability” or to adopt some combination of the two.

At Saint Louis University (SLU), the former Disability Services Office was rebranded as the Center for Accessibility and Disability Resources (CADR) at the outset of the fall 2021 semester. The change was inspired by a survey sent to the university community in the spring to gauge how students, faculty, and staff viewed the office and its services. The results showed that people had conflicting feelings about the word “disability.” Some respondents said the term might prevent them from contacting the center for assistance because they do not personally identify as having a disability. Others believed there should be no shame in the word and therefore found no reason to omit it from the office’s title. The CADR’s new moniker was chosen to reflect both of these perspectives.

“We were thinking about ways to incorporate a name that brings forth a community that accesses us for information, resources, and guidance,” explains Myles Urban, an accessibility coordinator at the center. “It has a sense of disability pride, but also includes a different term because some students face stigma and may have misconceptions about the word ‘disability.’”

There may be differing perceptions, for example, about a center’s ability to serve students who have conditions that are largely unnoticeable to others but can still affect daily life.

There may be differing perceptions, for example, about a center’s ability to serve students who have conditions that are largely unnoticeable to others but can still affect daily life. Often known as invisible disabilities, these include autism spectrum disorder, mental health conditions, or medical conditions such as asthma and diabetes. Students with these conditions may not know that they even qualify for accommodations. Others may come from cultures where a disability is highly stigmatized, making it less likely they would identify with the term.

“I think it’s essential for [universities] to take a deep reflection and see how disability plays into the diversity conversation because I think it’s often an afterthought,” Urban explains. “There’s a big need for campuses to realize the disabled community is very diverse.”

For similar offices considering a name change, Urban says it is critical to first weigh input from the surrounding community and stakeholders. Students with disabilities are already more likely than their peers to encounter discrimination and have an overall lower sense of belonging on campus, according to a 2021 study by the National Center for College Students with Disabilities. By not including this population in processes such as name changes, colleges run the risk of undermining their mission to make these students feel valued. Thus, a decision intended to increase inclusivity could leave some feeling like their voices are not being heard.

The University of Texas at Arlington (UT Arlington) faced backlash in September 2020 after not consulting students before rebranding its Office for Students with Disabilities as the Student Access & Resource Center.

“Disability is an important piece of diversity and of a person’s identity,” Maria Barahona, a UT Arlington alum who has disabilities, told the college newspaper The Shorthorn. “So I don’t see any negative connotation to it. There’s nothing wrong with having a disability.”

At other schools, student demand has been the catalyst for a name change. The University of Houston’s (UH) Center for Students with DisABILITIES was revised last year after receiving criticism that its format implied there was something wrong with people with disabilities, according to the university’s website. An online petition calling on the center to address several student concerns, including issues surrounding its title, garnered more than 800 signatures.

“This wording choice inherently suggests that having a disability is negative, and that we need to have our ‘abilities’ highlighted by people without disabilities to show us we are ‘capable,’” the petition states.

After gathering input from students, UH announced on the anniversary of the passage of the Americans with Disabilities Act in July 2020 that the office would now be called the Justin Dart Jr. Student Accessibility Center. The university also plans to add more counseling staff, improved facilities, and a new online service database to better support students and staff who come to the center for assistance.

At SLU, the demand for assistance is greater than ever, says Urban. Since changing its name to the CADR, more people are aware of and feel comfortable contacting the center. Adding “accessibility” to its title emphasizes that it is a resource for everyone on campus, regardless of whether they personally identify as having a disability, he says. He has seen an increase in faculty who want guidance in assisting students with special needs, campus organizations that want to provide more information on disabilities to their members, and students who think they may have a disability and want to get tested.

“We wanted to make our office accessible to everyone who needs support and resources and provide an environment where students and staff feel welcome to ask us questions,” says Urban. “Our goal is to provide a platform for conversation and learning for the entire school community.”● 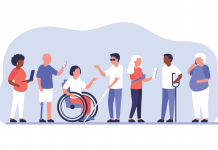 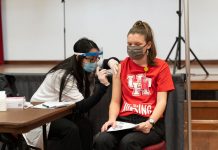