Georgia Gov. Nathan Deal vetoed a bill Tuesday that would have allowed concealed handguns on the state’s public college campuses — a decision that was lauded by students and clergy and criticized by many conservatives.

Last week, students rallied on the University of Georgia campus in opposition to the bill. Meanwhile, members of the National Rifle Association (NRA) urged Georgia gun owners to voice their approval of its enactment.

In announcing his decision to veto the bill, Deal cited reasons given at the Oct. 4, 1824, meeting of the board of visitors for the University of Virginia, which, at that time, had been recently founded by former U.S. Presidents Thomas Jefferson and James Madison, along with others. At the meeting, the board of visitors specifically stated that no students should keep weapons of any kind.

“From the early days of our nation and state, colleges have been treated as sanctuaries of learning where firearms have not been allowed. To depart from such time-honored protections should require overwhelming justification. I do not find that such justification exists.”

Contrasting with Deal’s decision, Tennessee Gov. Bill Haslam allowed a similar bill to become law without his signature on Monday.

The NRA criticized Deal’s decision, saying that the bill “would have made Georgia campuses safer for his constituents.” Others praised the move.

“I’m relieved that the safety of our students is being put first and that our schools will not be transformed into places of fear and violence,” said Rabbi Peter S. Berg, spokesman for a coalition of Georgia clergy in Atlanta. “It is irrational and irresponsible to believe that allowing students, faculty, and administrators to carry guns will somehow make Georgia’s college campuses safer. As people of faith, we have a moral responsibility to protect our communities from gun violence.”

Earlier this year, Deal garnered criticism from some Christian conservatives when he vetoed legislation that many said would have allowed Christian business owners to discriminate against members of the LGBTQ community. 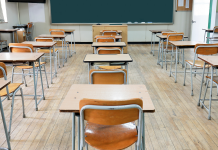 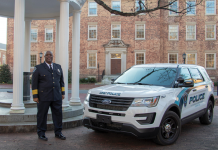