The author of a controversial bill meant to protect the rights of LGBTQ college students agreed Wednesday to remove a key provision of the legislation that would have made discriminating against such students by religious colleges and universities illegal.

Democratic Sen. Ricardo Lara introduced Senate Bill (SB) 1146 in February in response to the many religious institutions seeking exemptions to Title IX, the federal law that protects against discrimination on the basis of sex education. This influx was sparked by the issuance of guidance to schools by the U.S. Department of Justice and the Department of Education stating that Title IX’s protections extend to transgender students.

The California legislature, although unable to change federal law, has the ability to regulate it under state law, which is the purpose of SB 1146. In its current form, the bill would require a religious institution that obtains a Title IX waiver to do several things: publicly disclose its exemption to students, faculty, and staff and convey its basis for doing so, including in marketing materials to prospective students; and submit that information to the state’s Student Aid Commission, which will maintain a public list of institutions that obtained exemption and their reasons for doing so.

In its original form, SB 1146 also simply stated that religious institutions seeking Title IX waivers are not exempt from California’s nondiscrimination law, which requires that any institution receiving state funding provide services equally to all people, including on the basis of sexual orientation and gender identity. However, this part of the bill would have excluded sex-segregated housing, single-sex institutions, and ministerial training programs.

In short, the bill would have allowed religious institutions in the state to still follow and act on their beliefs by denying certain privileges to LGBTQ students, but with the caveat that they can’t be secretive about it and that they risk losing state funding. Many in the religious community, saying that aspects of the legislation violate their religious beliefs, have spoken out against SB 1146.

The newly formed Association of Faith-Based Institutions raised $350,000 in two weeks from religious schools to fight the bill. And on Tuesday, the Southern Baptist Convention’s Ethics and Religious Liberty Commission released a letter voicing its opposition, claiming the bill would unfairly punish the “low-income students and racial minorities” who depend on state grant programs by not allowing them to attend religious universities. The letter included signatures from many notable religious leaders and others in higher education policy, including Rick Warren of Saddleback Church and officials from Biola University, an institution leading its own “Oppose SB 1146” campaign.

Due to this fierce opposition, on Wednesday, Lara removed the provision that would have allowed students to sue institutions if they feel they had been discriminated against. Religious schools and groups lauded the move.

“Without a doubt, the unmodified version [of the bill] would have jeopardized Christian institutions and egregiously penalized all students of faith, especially Latino and African American individuals,” the Rev. Samuel Rodriguez, president of the National Hispanic Christian Leadership Conference, said in a statement.

Cal Grants — which are awarded based on financial need and academic merit — have been a key issue in the debate over SB 1146. Students receiving these can use the funds to attend any state school and some independent schools. Some believe that, had the bill’s third provision remained intact, religious institutions would have simply stopped accepting Cal Grants to avoid costly lawsuits. Currently, Cal Grant recipients comprise 30 percent of the student body at some religious institutions, and the schools say the majority of these individuals are first-generation and minority students.

However, proponents of the original legislation say it was necessary to prevent discrimination against LGBTQ students on religious campuses and that schools wanting to follow their own rules should do so without the state’s assistance.

“If a school wants to be able to go against California law, then the best way to do that is to make sure that they are operating as a totally private entity,” Jo Michael, the legislative manager for Equality California, said in a statement. 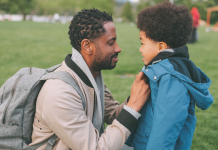 California Law to Improve Support for College Students with Children