Too often, campus spaces are designed without specific groups or identities in mind. Yet considering the varying needs, abilities, beliefs, and concerns of today’s college students, creating dedicated areas where they can come together to build community with their peers of similar — or, in some cases, different — backgrounds goes a long way toward fostering their success.

The following are some schools that have done just that — designed buildings and spaces where camaraderie and support are essential components on the path to better outcomes.

Princeton University LGBT Center
Founded in 2006 as the result of the persistence of students, faculty, staff, and alums, the LGBT Center helped take Princeton University’s support for LGBTQ+ students to the next level, says Judy Jarvis, director of the center. With a robust menu of offerings, two full-time staff members, a graduate assistant, and eight undergraduate interns, the center strives to meet the diverse needs of these students.

It includes office space for professional staff, a library with worktables, and the Rainbow Lounge with couches. Bright, friendly colors adorn the walls, on which artwork by queer and transgender artists hang, offering a welcoming space for Princeton’s LGBTQ+ student population.

The LGBT Center’s central location in the First Campus Center — one of the “most highly used buildings” at Princeton, according to Jarvis — places the LGBTQ+ community in a prominent position on campus. “This is critical because it allows questioning students and LGBTQ+ students not yet ready to be in the LGBT Center time to walk by and observe without feeling they are making a commitment,” says Jarvis.

She believes the creation of the center and its location on campus were part of an intentional effort by the administration to demonstrate Princeton’s acceptance of and support for this community. “The university leadership who founded the center were invested in LGBTQ+ students and staff, knowing that they were welcomed and valued on campus,” explains Jarvis. “There had been LGBTQ+ support services on campus prior to the physical LGBT Center, but student and staff advocates for the center made the argument that having a physical space where people could gather was really critical in [truly] valuing LGBTQ+ students.”

The creation of the center has also helped make equity and inclusion for LGBTQ+ students an even greater priority for the university. Jarvis notes that during her time at Princeton, she has worked on expandinggender-inclusive housing, advocated for health insurance coverage for gender-affirming surgeries, and increased the reach of LGBTQIA Peer Educators.

But while the center is an important step toward improving the campus climate for the LGBTQ+ community, Jarvis says there is always more work to be done. “I try to find the balance of both appreciating the incredible progress we have made in improving campus for LGBTQ+ students over the last 30 years but also not being satisfied until every single [one of them] feels they fully belong here.”

University of Illinois at Urbana-Champaign Disability-Inclusive Housing
At the University of Illinois at Urbana-Champaign (UIUC), the inclusion of students with disabilities has been a top priority for decades. In 1948, UIUC became the first postsecondary institution to provide support-service programming to these individuals, enabling them to attend the university, according to Mari Anne Brocker Curry, associate director of housing.

Beginning in 2000, UIUC launched an effort to expand upon this commitment by both constructing new residence halls and renovating old ones to ensure accessible on-campus living spaces for students with disabilities. A collaboration between University Housing and other campus offices, including Disability Resources and Educational Services(DRES) and Facilities & Services, Curry says the purpose of the project was to not just meet but exceed code requirements under the Americans with Disabilities Act.

“Our goal was to include the standard offerings like proper door widths, room square footage, elevators, and ramps, plus advanced offerings to help our students achieve more independence and, ultimately, academic success at Illinois,” she says. “Wider hallways, bigger elevators, push bars in the elevators that serve as call buttons, emergency generators for outlets, and a [lift] system calledSureHands were a few of the additional items added to our new spaces during the design phase.”

These resources, she says, set UIUC apart from other institutions; the only other campus to install the SureHands ceiling lift system, the University of Florida, “modeled their community after ours,” Curry notes.

In addition to its physical offerings, the university provides programming within these living spaces to help students with extreme physical disabilities learn to live more independently. Beckwith Residential Support Services (BRSS) on the first floor of Nugent Hall is designed for those “who require assistance in the performance of basic activities of daily living,” according to the BRSS web page. Here, students with disabilities live among other students but are able to participate in educational opportunities designed to improve their independent living skills. These include assisting Beckwith staff in areas such as hiring, training, scheduling, and more.

This and other residence halls are strategically located on campus within “equal distance to class from many different directions,” Curry notes, making accessing campus facilities easier. “They all have proper curb cuts, all halls are close to campus bus routes, and DRES also provides a bus service specifically for students with disabilities that stops in front of the halls.”

Another important part of UIUC’s effort is soliciting feedback and making adjustments where necessary, ensuring the design and equipment work in concert with one another, and properly training facilities management on how to install and fix equipment. “Doing our due diligence in advance ensures that the design is practical for implementation — by residents and staff — and that the equipment works in the space as designed,” Curry explains.

Despite its long track record of serving students with disabilities, she says there is always room for improvement. “Our campus has historically been seen as a pioneer in accessibility, but it was and continues to be necessary for us to continue seeking new ways to raise the bar and support the changing needs of our students,” says Curry.

University of South Florida Veteran Achievement Center
The University of South Florida’s (USF) commitment to serving those who have served our country is evidenced by the numbers. Its student-veteran population of nearly 2,000 boasts a full-time retention rate of 79 percent and a graduation rate of 73 percent — higher than that of USF’s non-veteran student population. This is one reason why Military Timeshas for the past four years ranked the university in the top two among all four-year institutions as a Best for Vets College.

Located in Tampa near MacDill Air Force Base, USF “has long attracted veterans and active-duty personnel pursuing higher education,” says Renee Hunt, director of communications and marketing. “In 2010, recognizing the growing number of veterans in the area, the university committed more resources and expanded the services it offered to better attract new students and support its current student veteran population.”

As part of its comprehensive effort to provide opportunities for academic success, personal growth, and professional development for this community, USF established the Veterans Achievement Center (VAC) in 2012 as part of the Office of Veteran Success. It offers student-veterans a place just for them, where they can feel comfortable and welcome.

“The mindset of a veteran usually differs from that of the typical undergraduate student,” says Adam Freeman, director of media relations, “often resulting in veterans returning to college to feel alienated from campus life.” VAC is a place where they can go to study, find camaraderie, or just relax. According to Freeman, the space was designed by veterans and funded by Tampa Bay area organizations, such as Birdies for the Brave, a national military outreach initiative. The space has several computers, a TV, a meeting area with a conference table, a small kitchen, and a lounge area, and it provides resources such as standardized test guides and practice problems for students.

“The VAC itself is physically not that different from veterans’ lounges at other schools, but it is the fact that it is a component of a comprehensive best practices support program for veterans that is unique,” says Hunt.

The center is currently undergoing renovations based on student feedback to increase its offerings. “When completed later this semester, VAC will offer an expanded computer room with 15 machines and more surfaces to accommodate tutoring sessions and individual and collaborative study,” Freeman says.

According to Hunt, since launching its comprehensive initiative to support veterans in 2010, USF has increased this student population by 105 percent.

Southern Illinois University Edwardsville Center for Spirituality and Sustainability
Established in 1971 to house Christian campus ministries, the Center for Spirituality and Sustainability (CSS) at Southern Illinois University Edwardsville (SIUE) has evolved over the years to focus on interfaith and multi-faith traditions. In order to maintain the separation of church and state on the public campus, the center was created as an independent nonprofit organization; CSS operates out of the Buckminster Fuller Geodesic Dome on land it leases from SIUE.

Designed by R. Buckminster Fuller, who taught architectural design at the university at the time of the center’s founding, the building features a 40-foot geodesic on which is painted a miniature earth. “The continents, in white, can be seen accurately situated against transparent blue oceans, and the building is sited on the Earth’s 90th longitudinal meridian, which runs through the campus,” explains Elizabeth Slosar, president of the board of directors for CSS.

According to the center’s website, the building’s design is meant to serve as “a beacon for global unity.”

As the center’s mission evolved, however, Fuller’s philosophy became more a part of that. “[Its] vision is to provide a place for connecting the world’s cultural and spiritual traditions through their common humanity and concern for our planet,” says Slosar. “As the 21st century dawned, and these concerns became more urgent, the mission was further expanded to incorporate Fuller’s legacy of sustainability —in his words, ‘to make the world work for 100 percent of humanity in the shortest possible time, with spontaneous cooperation and without ecological damage or disadvantage of anyone.’”

CSS provides a space for Christian, Jewish, Hindu, Buddhist, Muslim, Bahá’í, and Native American faith traditions to come together individually or collectively for events, celebrations, services, and programming, such as the annual event, the Celebration of World Faiths.

Today, as acts of hate and violence continue to permeate our culture, it’s become more important than ever that spaces like CSS exist — where people of all beliefs can come together, united in their faith in humanity.

CSS achieves its mission to promote “humanity’s sacred connection to the Earth and each other,” says Venessa A. Brown, PhD, associate chancellor and chief diversity officer at SIUE, “by providing meeting space to worship and engage in interfaith dialogue and to promote education regarding the challenges and responsibilities of humankind to preserve and sustain the natural world and all of its inhabitants.”●

Alexandra Vollman is a contributing writer for INSIGHT Into Diversity. This article was published in our January/February 2019 issue. 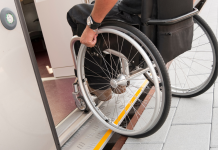