As the deadline for the official recension of the Deferred Action for Childhood Arrivals (DACA) program draws near, a study released February 12 by the National Bureau of Economic Research (NBER) provides detailed evidence of how the program has impacted the lives of the roughly 800,000 undocumented young people — known as DREAMers — that it protects from deportation.

According to the report, DACA has been especially transformative for the lives of young undocumented women. NBER found that the implementation of DACA reduced teen pregnancy rates for this population by 45 percent and increased their rate of college enrollment by 25 percent. Implementation of the program also led to a 15 percent increase in high school graduation rates for undocumented young people overall. DACA also appears to have increased the likelihood of these individuals joining the labor market, as those who pursued more education were more likely to be employed, as well. The study was conducted by comparing education levels and other factors for DACA-eligible individuals to those of undocumented young people not eligible for the program.

What the study brings to light, say its authors, is that guaranteeing freedom from deportation for undocumented young people can greatly increase their chances of staying in school and, ultimately, contributing to the country’s labor market. This is especially true thanks to certain requirements for DACA recipients, such as maintaining a clean criminal record and either completing high school or joining the military. More broadly, the authors say their findings indicate that providing pathways for undocumented immigrants to legally join the labor market appears to be a strong incentive for them to invest in education.

DACA supporters and immigrant rights advocates say they hope the study will influence the willingness of Republican lawmakers to reach a comprise with congressional Democrats before DACA is officially terminated on March 1. Negotiations over the fate of the country’s 800,000 DREAMers stalled last week after Senate Minority Leader Chuck Schumer, D-N.Y., struck a deal with Majority Leader Mitch McConnell, R-Ky., that excluded any decisions about DACA. On Tuesday, Feb. 13, however, a judge for the Eastern District of New York reinforced an earlier order from a federal judge in California that requires DACA to be upheld until individual court challenges are resolved. According to Reuters, the Supreme Court will decide this week whether it will consider the Trump administration’s appeal of such rulings. 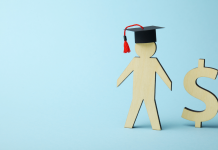