In the wake of violent protests that resulted in the cancellation of conservative provocateur Milo Yiannopoulos’ scheduled speech at the University of California, Berkeley on February 1, state legislators are pushing back against what they see as an infringement of free speech on college campuses.

Two Republican Tennessee lawmakers, Rep. Martin Daniel and Sen. Joey Hensley, introduced a bill in the state Senate last week that would allow more oversight by the state on issues of free speech at public colleges and universities. The proposal, which Daniel has dubbed the “Milo Bill,” was created specifically to address discrimination against conservative viewpoints on college campuses, according to Hensley.

“There is an atmosphere of political correctness and social justice that will lead to safe spaces … on every campus,” says Becker. “We have to put a stop to it now.”

Becker specifically cited the University of North Dakota’s Social Justice Living-Learning Community — a residential learning program focused on inclusion and social justice — as an example of an initiative that restricts conservative viewpoints. Despite North Dakota’s House Education Committee’s warning against passing the bill because of its specific targeting of such programs and other lawmakers’ arguing that the provision is unnecessary in granting rights already guaranteed by the First Amendment, the bill passed with a vote of 65 to 25 on February 6.

The Colorado state Senate also recently passed a bill that eliminates free-speech zones at public universities. The legislation aims to guarantee students the right to free speech anywhere on campus, not just in designated areas, says Sen. Tim Neville. It only applies to students — not faculty, employees, or guest speakers — and precludes academic areas, meaning students can still be prohibited from engaging in disruptive speech during classroom discussions.

Additionally, North Carolina Lieutenant Gov. Dan Forest announced last week that he was recommitting to his previous effort to pass the statewide Restore Campus Free Speech Act, which he originally introduced last spring. The measure would include a disciplinary policy for anyone who “shouts down visiting speakers” or otherwise prohibits another person’s right to free speech on campuses, according to a press release from Forest’s office. 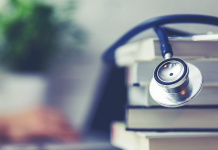