The challenges of diversity, equity, and inclusion that we face in academe today can be traced back to the nine Colonial colleges that were established primarily for the privileged and elite: white European men in the upper class.

This can also be said for the first medical schools that were created at the University of Pennsylvania (1765), Columbia University (1767), Harvard University (1782), Dartmouth College (1797), Yale University (1810), and Brown University (1811). Even though medical training programs for non-white students were established at historically black colleges and universities — Howard University (1868) and Meharry Medical College (1876) — limiting medical education to white men continued as the norm for most other institutions, including Johns Hopkins Medical School (1893). This is evidenced by well-known American educator Abraham Flexner in his 1910 report, “Medical Education in the United States and Canada,” in which he asserts, “Teachers of modern medicine — clinical as well as scientific — must, then, be men of active, progressive temper, with definite ideals, exacting habits in thought and work, and with still some margin for growth.”

While many inroads have been made since the Colonial era, academe is still awash with the vestiges of majority hetero-normative values and mindsets that hinder the advancement of diversity, equity, and inclusion in higher education today; that may include minority-serving institutions as well. Interestingly enough, Flexner later stated in his comparative study in 1925, “Scientific medicine in America — young, vigorous, and positivistic — is today sadly deficient in cultural and philosophical background.”

Was Flexner’s observation portending what is happening with the cultural and philosophical movements (e.g., White Coat Die-Ins, Black Lives Matter, and so on) taking place on college and university campuses today? If so, we should acknowledge how Flexner’s report continues to influence and shape academic health centers today, especially regarding how we are moving the needle forward for diversity, equity, and inclusion.

Recent events (i.e., protests, die-ins, sit-ins, marches, demands, and the like) are indeed moving the needle forward, and this renewal of social activism by people from all backgrounds is reminiscent of the movements in the 1960s and ’70s. It is also refreshing and inspiring to know that our students are not the passive learners we once thought they were. Today, our students are attuned to social injustices and health inequities more than ever. They are harnessing the power of technology, especially social media, to raise awareness of the institutionalized racism that is prevalent in society, namely in education and healthcare. This social justice movement is happening on undergraduate campuses, as well as in graduate and professional schools, including academic health centers.

To that end,  the first nationwide White Coat Die-In — a demonstration in which people lie down as if they were dead — was held on December 10, 2014, which is also celebrated as International Human Rights Day. On that day, medical students across the country used social media to organize die-ins and protests. This unprecedented protest involved students at more than 70 medical schools — in New York City, St. Louis, Philadelphia, Boston, Cleveland, Chicago, Los Angeles, San Francisco, Washington, D.C., and elsewhere — to protest the lack of indictments against police following incidents in Ferguson, Mo., and New York City. The protests were also intended to highlight racial bias as a public health issue.

In Chicago, students, faculty, and staff from Rush University and the University of Illinois-Chicago joined together and silently marched on both campuses in a show of solidarity. In addition, other medical schools in Chicago joined in protests on their respective campuses. Many of these institutions had already begun to address social justice, but this renewed students’ interest in having difficult conversations with their peers throughout the year.

This momentum carried over into the next year, and academic health centers began to deem racial injustices, especially police violence, as a public health crisis. On December 10, 2015, medical students throughout Chicago once again joined forces by donning their white coats to stage a die-in to protest the cover-up of police violence in the city. During the die-in, students lay down on the sidewalk for 16 minutes to represent each of the 16 fatal shots that police fired at Laquan McDonald. This protest joined the chorus of voices aimed at addressing police brutality and called on the mayor of Chicago to resign.

This activism was buoyed and inspired by local and national movements, as well as the website thedemands.org, which is a project of We The Protesters, a national collaborative of activists fighting to end racism and police violence in America. To address these sensitive and provocative issues, student affinity groups at Rush University began working with the Office of Student Diversity and Multicultural Affairs to develop a series of educational activities on the Rush University campus to continue the discussion of racial, social, and health disparities in Chicago and beyond. These topics include unconscious bias, cultural competence and humility, and structural racism — to name a few.

At Rush University, we support our students in their activism locally and regionally. On our campus, we strive to shape and sustain a positive multicultural environment for all community members. We accomplish this goal by fostering a climate that respects and appreciates the history, culture, and traditions of all students and faculty while providing programming and support for the Rush community. In particular, the Office of Student Diversity and Multicultural Affairs collaborates and partners with all four of Rush’s colleges — the Medical College, the College of Nursing, the College of Health Sciences, and the Graduate College — to support the intellectual, social, and poly-cultural development of all students for inclusive excellence. Of note is the enhanced programming of co-curricular activities and the increase in membership of student affinity groups, which have increased from seven to 11 groups in the last year, with two more in development. Many of these diversity and inclusion efforts could not be accomplished without the guidance and direction of the leaders at Rush, namely the Diversity Leadership Council (DLC).

The DLC at Rush University Medical Center was established in 2007 and is charged with providing direction and guidance for furthering the Rush mission, which includes providing “the best healthcare for the individuals and diverse communities we serve.” As an ex officio member of the DLC, Dr. Larry Goodman, president and CEO of Rush University, has an unwavering commitment to diversity, equity, and inclusion. “Part of our responsibility, as stewards of the resources of a large academic medical center and health science university, is to make these resources as widely available to others as possible,” Goodman said.

With the support of and encouragement from the leaders at Rush University Medical Center, the Office of Student Diversity and Multicultural Affairs will continue to collaborate with students, faculty, and staff to prepare the healthcare leaders of tomorrow in an environment of compassion, commitment, and care that will benefit everyone.

As we collectively address social injustices, we must be ever mindful that the only truth is action.●

LeManuel Lee Bitsóí, EdD, is director of Student Diversity and Multicultural Affairs and an adjunct faculty member in the College of Health Sciences at Rush University. 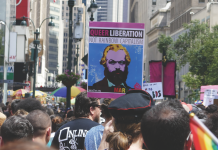