At large universities, where campus constituents can number in the tens of thousands and academic colleges are numerous, it can be difficult for a central diversity office to address the needs and concerns of such an expansive community.

To help tackle the task of managing an extensive portfolio of diversity and inclusion initiatives and programs and to make these efforts more effective, some centralized diversity offices — with the support of institutional and departmental leaders — have built teams of diversity advocates from across campus that are held accountable for ensuring progress.

University of Michigan
The University of Michigan (UM) has almost 45,000 students and nearly 20,000 employees. In order to ensure a diverse and inclusive campus for its large community, the Office of Diversity, Equity, and Inclusion (ODEI) works closely with representatives from all 50 campus units — which include centers, offices, and 19 academic colleges — who are responsible for overseeing UM’s mission to advance campus climate, increase minority recruitment and retention, and support innovative scholarship and teaching.

“Every unit has at least one individual who is charged with stewardship of the university’s strategic plan for diversity and who serves as the liaison between the unit and the central [diversity] office,” explains Deputy Chief Diversity Officer Katrina Wade-Golden, PhD. She points out that some larger campus units have multiple individuals — known as implementation leads or DEI leads — who serve in this capacity. For example, the College of Literature, Science, and the Arts — UM’s largest academic division — has four DEI leads.

Two years ago, ODEI and the various units worked together to develop the university’s strategic plan, known as “Many Voices, Our Michigan,” as well as individual plans to help each unit achieve UM’s overarching diversity and inclusion goals. “We felt that implementing the plans would make the most sense at a local level where the leads can directly engage with unit leadership, staff, faculty, and students,” says Wade-Golden. “They know the climate and what the issues are, and they know the unique culture and needs of relevant stakeholders better than a central office [can].”

The DEI leads, she says, range from diversity officers and directors to other staff members whose primary responsibility is ensuring inclusivity within their respective units. The UM School of Social Work, for example, created as part of its unit plan an office for diversity, equity, and inclusion that is staffed by a director, a manager, and several graduate assistants. “One thing we learned very clearly in the first year of the plan is that the role of a DEI lead is so extensive that it cannot just be added to a full-time faculty or staff position, so we are really encouraging units to think about hiring outside professionals who are solely responsible for diversity work,” explains Wade-Golden, adding that some academic schools and colleges already have a diversity officer on staff.

Even in units where the DEI leads are not full-time diversity professionals, she says, ODEI works diligently to ensure that they are properly trained on important issues regarding equality and inclusion on campus and are equipped with the necessary resources to carry out their unit’s strategic plan. ODEI partners with the Organizational Learning Department in UM’s Office of Human Resources, for example, to provide professional development courses and skills training in areas such as disability awareness and unconscious bias. In addition, ODEI supplies diversity leaders with tools that include an annual timeline to help each unit track their plan’s progress and a reporting mechanism that allows the central diversity office to evaluate and assist with revisions as necessary.

Most important, says Wade-Golden, is the fact that UM’s extensive approach to implementing “Many Voices, Our Michigan” allows every member of the campus community to contribute to the university’s mission. All 50 unit plans and contact information for each DEI lead are available on the ODEI website, and all students and employees are encouraged to share their concerns, questions, and comments.

According to the OU website, student groups that wanted to see the university increase its efforts to recruit, retain, and support diverse students and employees drove OU’s decision to include diversity professionals in each college. In response to students’ request, President David Boren asked the deans of each college to incorporate a dedicated, trained diversity professional into their structure. These individuals, who serve as either a director or an associate dean of diversity, act as the chief diversity officer (CDO) of their respective school and report directly to their college’s dean.

“The fact that our deans have an individual who reports directly to them and brings diversity to the table means that they’re very engaged with [diversity] as a key goal of the university,” explains Jabar Shumate, vice president for the Office of University Community. He adds that these new positions allow deans to more effectively engage with efforts that they may otherwise not have the time or expertise to handle on top of their many other responsibilities. “It makes sense that if each one of our deans has someone like a development officer to assist with raising money, then they ought to have a diversity officer to assist with creating an inclusive academic community,” says Shumate.

These diversity officers play a vital role in crafting and carrying out the overarching goals of the Office of University Community by serving on the Diversity and Inclusion Academic Council. Members of the council — which also includes representatives from various university offices, units, and organizations — serve as strategic planning partners with Shumate’s office in deciding what OU’s specific diversity goals will be and how the university can achieve them.

Shumate says the council is currently focused on devising strategies to meet short-term, intermediate, and long-term recruitment goals for underrepresented faculty, staff, undergraduate, and graduate students. To achieve this end, the diversity officers and other members of the council work together on outcome mapping for each of these four areas — a method that requires working backward from a stated objective to devise the steps needed to reach that goal. In addition to monthly diversity council meetings, the diversity officers meet frequently with subcommittees of faculty, staff, and student representatives to create outcome maps for each college.

While only in its second year, the council has already had a positive impact on the campus culture, says Shumate. “Giving so much attention to diversity and inclusion … creates a certain level of excitement at the university about finding strategies and ways we can increase the recruitment [of diverse individuals],” he says. “It places diversity at the forefront of the conversation when we talk about recruitment and hiring.”

OU is already seeing an increase in the enrollment of and support for diverse students. In the Price College of Business, diversity staff have been able to increase corporate sponsorship for bridge programs that support minority students from freshman year through job placement or graduate school. In the College of Engineering, diversity staff have succeeded in creating support and recruitment programs for female students that have led to the largest enrollment of women in the college’s freshman class in its 108-year history.

“Our success really starts at the top, where there is a commitment from the president and the provost that diversity and inclusion are key to the university’s mission,” he says. “That commitment extends down through the entire institution to include our chief academic officers and faculty.”

As USC’s inaugural CDO, Dozier said he and Provost Joan T.A. Gabel, PhD, were concerned about how to connect the Office of Diversity and Inclusion’s efforts to the university’s academic colleges and departments. “We started to talk in earnest about how we could really bring the conversation around diversity from the margins of the university to the center of what we [as a university] do, which of course is teaching, learning, research, and scholarship,” he explains. “At the center of that are our faculty, so we thought having a diversity officer within every academic unit would be a way to facilitate that [connection].”

In fall 2016, Dozier and Gable asked the academic deans of USC’s colleges and schools to create a position that would serve as the head of diversity within their respective unit, to which they agreed without hesitation, says Dozier. “Our deans are strong advocates of our inclusion efforts and embraced the idea wholeheartedly,” he says. “They each appointed a position that in most units is now called an associate dean for inclusion and equity.” Most deans chose to either hire an outside diversity professional or assign the role to a current faculty member.

This past summer, the new academic diversity officers and the staff in the Office of Diversity and Inclusion participated in a retreat where they determined the next steps to achieve USC’s overall goal of being a leader in campus diversity and equity. This academic year, they will focus on minority faculty retention and underrepresented graduate student recruitment in order to create a pipeline of diverse faculty.

“Their roles [as unit diversity officers] aren’t different from my position so much as they are an extension of it, especially when it comes to engaging our faculty,” explains Dozier.

He believes that having people in these positions in individual units, whose primary concerns are the needs of employees and students, demonstrates to the university community that USC is taking steps toward becoming an even more diverse and inclusive campus. “Having the resources and support to make these positions successful lets people know that their diversity work is meaningful,” says Dozier, “and that the recommendations we make … are going to actually be executed — and done so with the full support of our academic community.”● 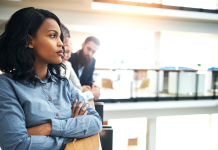 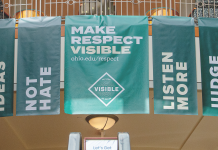