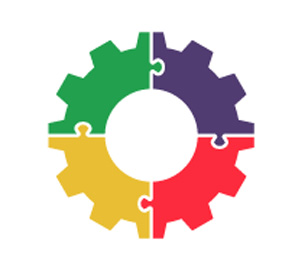 Recent and repeated instances of police brutality toward Black Americans have motivated many students, faculty, and staff members to call on higher education institutions to take concrete action to address racial injustices on their campuses and in society at large. Colleges and universities have taken notice, and many have created new administrative and staff positions to promote diversity, equity, and inclusion (DEI).

Experienced diversity leaders, typically known as Chief Diversity Officers (CDOs), are invaluable promoters of equality and social justice on college campuses. As such, INSIGHT recently contacted several seasoned higher education CDOs to ask about the valuable lessons they have learned in their careers and what advice they have for those interested in pursuing a career in this challenging, yet rewarding, work.

According to some CDOs, it can be difficult to narrow down or pinpoint the precise duties of a college DEI professional. The role comes with wide-ranging responsibilities that can vary on a day-to-day basis.

“There is no typical day nor typical responsibility of someone who occupies this space,” explains Tanisha Stevens, PhD, vice chancellor for diversity, equity, and inclusion at the University of Missouri-St. Louis (UMSL). “For example, DEI staff may be planning for a panel discussion on race in the Latinx community and, in the next moment, conducting a large-scale departmental investigation in order to address equity-based concerns that contribute to a positive working environment.”

Among Stevens’ recent duties is managing an external investigation into the DEI practices at St. Louis Public Radio, which is a service of UMSL. This task illustrates the reach of responsibilities for campus CDOs, she says.

“This [responsibility] is not unique, but instead demonstrates the importance of the work that we do for a university — work that should not be diminished,” Stevens says. “This also highlights that ‘DEI’ encompasses promoting diversity, ensuring equitable treatment and inclusion of all in the conversation. No one aspect [of the job] is more important than the other.”

Social media is crucial to stay informed and engaged

Twitter, Facebook, and other social media channels are important forums for activists, scholars, and others to share information and updates around topics such as racial injustice.

According to Jennifer McGee Reyes, PhD, assistant vice president for diversity at Texas A&M University, DEI professionals should tap into these online conversations in order to stay up to date on current issues, including those concerning one’s own community.

“In 2020, in these hybrid, virtual spaces in which many people are living, working, learning, and teaching, much of the discussion around racial justice is happening on social media,” she explains.

Reyes notes that following hashtags and trends can be a time-consuming responsibility. Furthermore, DEI advocates should be aware that the online discourse concerning social justice can be emotionally taxing, especially given the tumultuous events of this past year, she says. However, this awareness is vital in order to stay engaged with and informed on trending topics and discussions.

“An important part of the DEI work in 2020 is managing self-care while being aware of the content and tone of discussions and events in the campus and community,” Reyes says.

Confront your own bias and prejudices

One of the strongest and most consistent points of consensus among DEI experts is that anyone attempting to do this work must address their own biases and prejudices. Now more than ever, introspection is necessary for facing issues of diversity, equity, and inclusion.

“I have learned that we must commit to challenging bias in ourselves and others,” says Ansley A. Booker, PhD, director of Diversity and Inclusion Initiatives at Mercer University. “The fight against social injustice is a journey paved with education, self-awareness, accountability, advocacy, and resilience.”

It can be extremely challenging to confront one’s own unconscious biases, such as deeply ingrained beliefs in stereotypes. That’s why self-education and mindfulness are so important for CDOs and anyone looking to take on DEI issues. Participating in unconscious bias training allows one to recognize their own limiting beliefs and to develop greater empathy and understanding for people of all sociocultural identities.

This work is foundational for DEI advocates to “authentically live values of social justice from leadership through their own practices and actions,” says Nikki Pelonia, director of education and training at Salem State University’s Office of Inclusive Excellence. “That will bring high impact within campus communities that continue to do the work towards social justice.”

Don’t be afraid to take a stand

For Kijua Sanders-McMurtry, PhD, vice president for equity and inclusion and chief diversity officer at Mount Holyoke College, it’s important to acknowledge how the civil rights movement of the 1960s is connected to the racial justice movements of today. The activists of that time period were crucial to bringing about more equitable policies in higher education, just as current supporters of social justice have helped propel colleges to undertake new DEI efforts and initiatives.

She believes DEI professionals should not shy away from speaking out or showing support on current issues.— just as civil rights leaders were not afraid to take a stand in the past. “If we can’t support Black Lives Matter or Colin Kaepernick’s non-violent peaceful protest, how can we truly address the inherent challenges we find with the systemic oppression that exists in the policies and practices at many higher education institutions?” says Sanders-McMurtry.

In her experience, some postsecondary institutions and leaders have been hesitant to show support for potentially controversial causes such as Black Lives Matter because it can come across as too political. However, it is understanding the history and connections of these types of causes that are key to the purpose of the CDO role.

“For me, there was nothing political about believing deeply that CDOs needed to positionally understand our role within academic institutions,” Sanders-McMurtry says, “particularly as it relates to the Black Lives Matter movements happening both within and outside of our campuses.”

Lisa O’Malley is the assistant editor of INSIGHT Into Diversity. This article was published in our November 2020 issue. 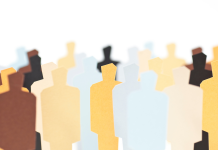